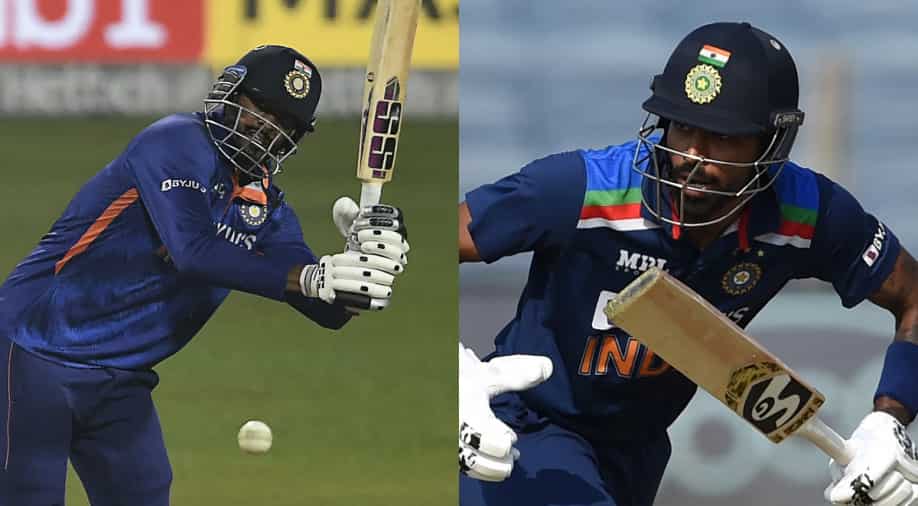 Team India all-rounder Venkatesh Iyer has opened up on comparisons with Hardik Pandya ahead of sharing the dressing room with the star all-rounder in the South Africa T20I series.

Venkatesh Iyer has opened up on comparisons with star all-rounder Hardik Panda ahead of Team India's T20I series against South Africa at home. While Iyer has managed to retain his spot in the squad, Pandya will be making his comeback to the Indian side after a long spell on the sidelines due to injury and recovery.

Pandya had opted for a break from all forms of cricket after his dismal show in the T20 World Cup 2021 in the UAE last year. The star all-rounder worked on his bowling and recovered fully from his back injury before returning as the captain of Gujarat Titans in the ongoing IPL 2022.

In Pandya's absence, Venkatesh Iyer was slotted into the Indian side as his replacement and featured in T20I series against the likes of New Zealand, Sri Lanka and West Indies at home. He also impressed with the bat in the finisher's role and is all set to share the dressing room with Pandya for the first time in the T20Is against South Africa.

During Pandya's absence from international cricket, Iyer often earned comparisons with the star all-rounder owing to his heroics for the Indian team. He recently opened up on comparisons with Pandya and said the GT captain is way ahead of him and has won many matches for India already.

“Hardik Pandya is a superstar of the game. It will be an immense opportunity for me to learn so much from him. He has won so many games for our country and I hope he keeps doing so. I am taking it as a beautiful opportunity to learn and observe him. There is no competition between us, he is way ahead, and I would like to play alongside him,” Venkatesh was quoted as saying by Sports Tiger.

Also Read: 'Maybe he was told to change his statement': Ex-India opener on Shreyas Iyer's clarification on KKR CEO

Hardik has been phenomenal as captain for Gujarat Titans in IPL 2022 and has also impressed with the bat. The GT skipper has so far notched up 413 runs in 13 matches at an impressive average of over 41 and a strike rate of 131.52. While he hasn't bowled regularly, Pandya has also managed to pick up four wickets in 8 innings for his team.

Hardik-led Gujarat Titans finished on top of the points table in the league stage and will face second-placed Rajasthan Royals in the 1st Qualifier in Kolkata on Tuesday (May 24).