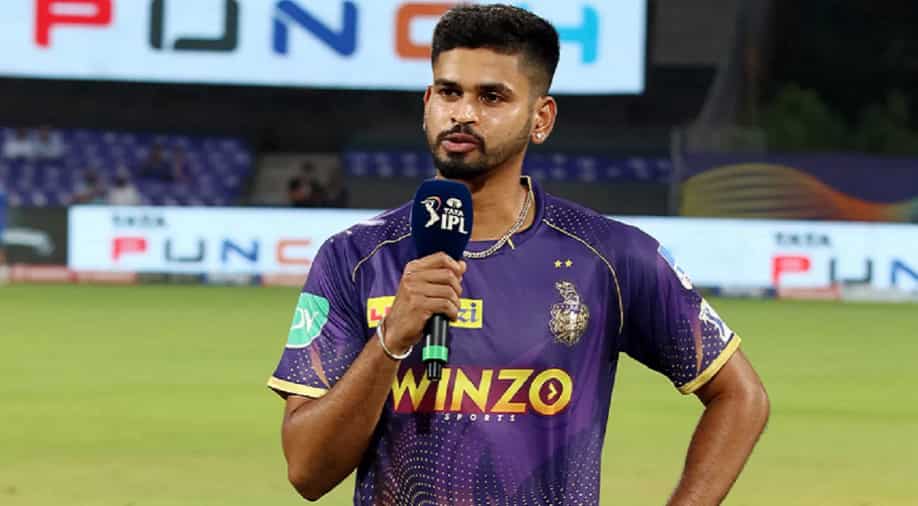 Former India opener Aakash Chopra believes KKR skipper Shreyas Iyer was asked by the team management to change his statement after he revealed the franchise's CEO was also involved in team selection.

Kolkata Knight Riders (KKR) skipper Shreyas Iyer's comments had caused a stir on social media when he revealed that the franchise CEO - Venky Mysore was also involved in team selection. Several fans and former cricketers had lashed out the KKR team management for allowing the CEO to interfere in cricketing decisions.

After the backlash, Iyer issued a clarification following the conclusion of KKR's next game and said he only meant that the CEO motivated players who were sitting out and didn't find a spot in the playing XI for a particular game. However, former India opener Aakash Chopra believes KKR CEO was indeed involved in team selection.

"When I took the CEO's name, I wanted to say that he's there to console the players who've been sitting out. It's tough for us as well while picking teams," Iyer had said issuing a clarification over his statement on Mysore.

KKR failed to qualify for the playoffs in IPL 2022 after enduring an inconsistent campaign. The team blew hot and cold throughout the season and struggled to find the balance in their playing XI due to injuries and poor form of several players. KKR finished the season with 12 points from 14 matches which were not enough to secure a spot in the top four.

Speaking about Iyer's comments on KKR CEO, Chopra said the skipper might have been asked to change his statement by the team management after intense criticism from all corners.

"Shreyas Iyer once said in a press conference that the KKR CEO is also involved in team selection. I think he got a rap on his knuckles and maybe he was told to change his statement. He then clarified that he had meant that the CEO motivates players when they get dropped and consoles them, but he isn't involved in the team selection," Chopra said in a video on his YouTube channel.

"But I am not sure about that because we saw in one game that he visibly looked upset while talking to Brendon McCullum after getting out against RR," he added.