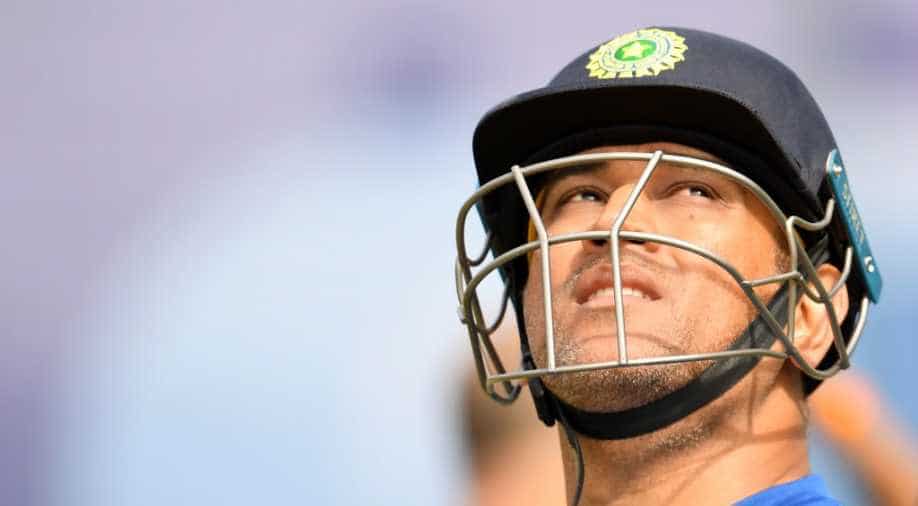 As the clock struck 12 o'clock in the midnight, entire cricket fraternity, fans from all over the world started wishing the legendary Indian cricketer MS Dhoni a very happy birthday. From Virat Kohli, Rohit Sharma, Chennai Super Kings, the BCCI to millions of cricket lovers showered their love for Dhoni by wishing him on his 39th birth anniversary.

As the clock struck 12 o'clock in the midnight, entire cricket fraternity, fans from all over the world started wishing the legendary Indian cricketer MS Dhoni a very happy birthday. From Virat Kohli, Rohit Sharma, Chennai Super Kings, the BCCI to millions of cricket lovers showered their love for Dhoni by wishing him on his 39th birth anniversary.

In fact, the #HappyBirthdayDhoni and #HappyBirthdayMSDhoni started trending on social media platform Twitter hours before midnight as fans geared up to wish ‘Thala’ on his special day. Such is the aura of Dhoni that even Cricket Australia posted a video compilation of some of the biggest sixes smashed by ‘Mahi’. The newly-released song by West Indies all-rounder Dwayne Bravo makes the day even more special.

IN PICS | MS Dhoni turns 39! Check out some of his coolest records

Let’s celebrate @msdhoni's birthday by revisiting some of his monstrous sixes! 📽️💪#HappyBirthdayDhoni

While Dhoni last took to the cricket field in the semi-final of ICC World Cup 2019, fans have been waiting to catch a glimpse of MSD smashing it all over the park. In normal circumstances, Dhoni would have played in IPL 2020 and might have again taken CSK to the playoffs, which has become a regularity.

A heartfelt letter to #Thala @msdhoni from none other than namma @JadhavKedar! 🦁💛 #HappyBirthdayDhoni @InsideCricket07 pic.twitter.com/df4VhwF2Sb

However, despite Dhoni being out of the field for almost a year now, his fandom seems to be on a never before seen rise. Wishes, tributes and love for Dhoni followed and will continue to follow throughout the day.

The Lions roar in their wishes and recount their favourite memory with this ever-favourite man! #HappyBirthdayDhoni #WhistlePodu 🦁💛 pic.twitter.com/UBlPU5BSvc

Unique stats, fan letters, well-articulated threads are a small token of gesture by the fans to Dhoni for fulfilling the dreams of more than a billion people. Be it winning all the ICC trophies or taking India to No. 1 Test spot, Team India, under the leadership of Dhoni, has witnessed an epic rise and continue to reap the rewards to date.

A level-headed human being who always places the team ahead of his individual milestones - a true definition of a visionary leader.⠀ ⠀

MS Dhoni: India's Mr. 360! Behind point, behind square, down the wicket... Thala's 359 international sixes have covered all parts of the ground! #HappyBirthdayDhoni pic.twitter.com/XsHg7rAxMd

One of the biggest hitters we've ever seen!

MS Dhoni turns 39 today, and here are his best sixes in Australia! 🥳 pic.twitter.com/AtBBFMib3F

Whether Dhoni will return to Indian colours remains a mystery but one thing for sure, the legend of Dhoni will live forever. And keeping aside all the speculations, we all can just enjoy the ride. If you are missing seeing Dhoni in action, just switch the tabs and witness how he hammered it while he was training for CSK at the Chepauk before the lockdown was implemented. Happy 39th birthday, MS Dhoni.