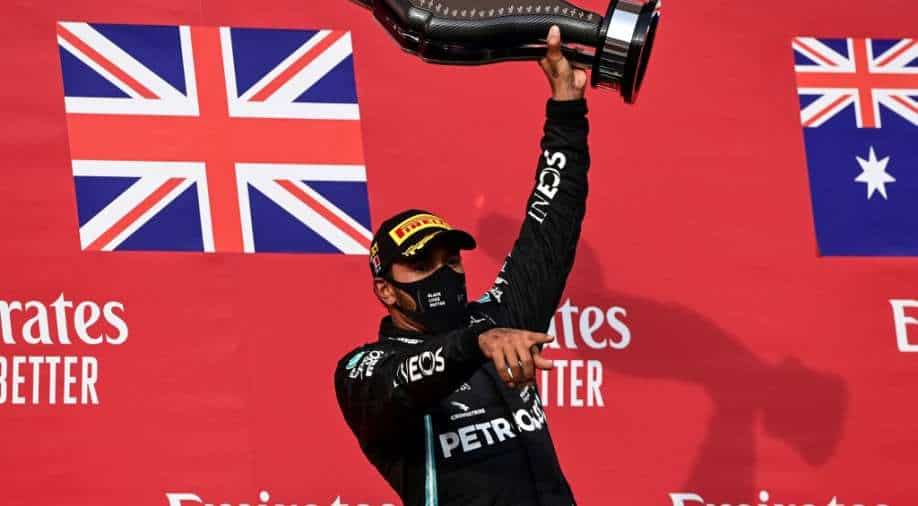 Lewis Hamilton revealed on Thursday that he feels he has not yet processed the impact of his achievement in claiming a record-equalling seventh title to become F1’s most successful driver.

Lewis Hamilton revealed on Thursday that he feels he has not yet processed the impact of his achievement in claiming a record-equalling seventh title to become F1’s most successful driver.

The 35-year-old Mercedes driver pulled level with Michael Schumacher when he secured his seventh title and his sixth in seven years with a momentous win at the Turkish Grand Prix two weeks ago.

He said, however, that he felt just as fired up to win the three season-ending races in the Middle East after ‘switching off’ and relaxing since that triumph.

“It's in my DNA,” he told reporters. “It's how I’m wired. I just love that challenge. We're coming into three races where the pressure is different, but the focus is too.

“It's about getting the best performances out of these weekends, but it's also how can we extract a little bit more?

“How can we learn more from these weekends, almost using them as test races, so that we can apply what we learn in these three particularly, and what we've learned this year, into next year's car?”

Hamilton said he had used the respite from constant pressure to allow him to re-charge for the final races.“I've generally just switched off,” he said.

“It's been really bad in the sense that I've got a lot of messages and I'm trying to catch up now.”

He also revealed that ‘the dream’ of racing for Ferrari “just wasn’t meant to be”.

Hamilton admitted he spoke to Ferrari president John Elkann last year, but never felt he was ready to leave Mercedes with whom he is expected to re-sign for the future before the end of this season.

“I was never close at all to leaving my team," he said. "I think it's only right that as drivers and as people when you're looking at your next phases and committing to periods of time in your life, you have to analyse what your options are -- and make sure you have done your due diligence and have the pros and cons.

“I don't necessarily know that our values are aligned and timing-wise, it just wasn't meant to be. I'm not bothered by it. I'm so proud and grateful for the journey that I have with Mercedes.”

Hamilton also pointed out that his points advantage ahead of team-mate Valtteri Bottas in this year’s title race had been exaggerated by the Finn’s bad luck.

He said Bottas had become stronger each year. "You've seen this year that while yes, the points gap now is where it is, if you look at a lot of the qualifying, it was the smallest of margins.

“So closing the gap in qualifying, he has done already, which has made it quite challenging… If you look at race weekends, it has been so close. Valtteri has been unfortunate this year with reliability issues so that makes the gap look bigger than it is.”

Hamilton added: “I think you've got to remember who he's driving up against – it's not easy being my team-mate, but he comes in weekend in, weekend out, with just the same mentality.

“He's never moaning or complaining that something is wrong with the car. It's always just - 'I've got to do a better job'…. Mentally, he’s one of the strongest drivers here.”