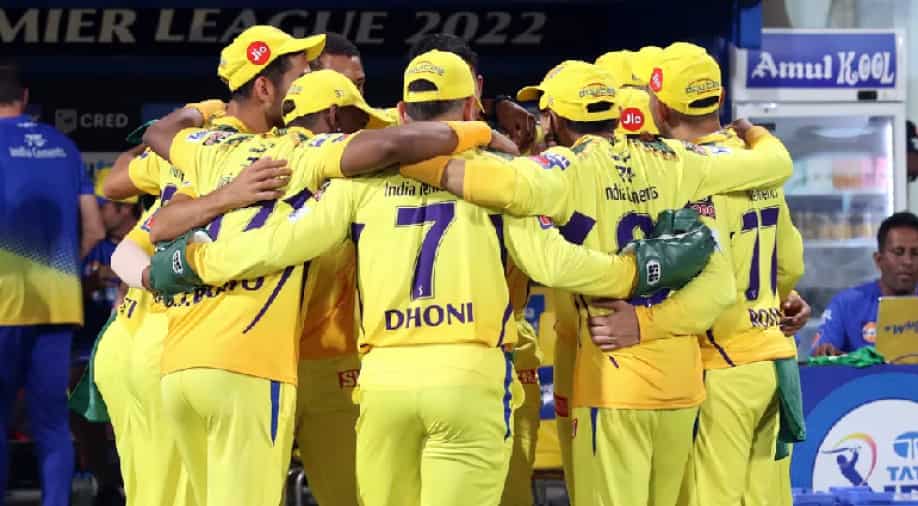 Can CSK bag their second win on the trot against GT? | Photo - IPL | Photograph:( Others )

Chennai Super Kings (CSK) will be looking to continue their winning run in IPL 2022 when they take on Gujarat Titans at the MCA Stadium in Pune on Sunday. Here is our prediction for the game.

After a woeful start to their campaign with four defeats in a row, Chennai Super Kings (CSK) brought an end to their losing streak with a win against Royal Challengers Bangalore (RCB) in their last game. Ravindra Jadeja's stint as captain has gotten off to a shaky start but CSK will be hoping to continue their winning momentum after getting off the mark against RCB.

The four-time champions will be up against high-flying Hardik Pandya-led Gujarat Titans (GT), who have been exceptional so far this season. The debutants have managed four wins in five matches and are currently sitting on top of the IPL 2022 points table. While CSK defeated RCB in their last game, Gujarat Titans thrashed Rajasthan Royals by 37 runs in their last game.

CSK have glaring issues in their batting line-up as opener Ruturaj Gaikwad is yet to find his mojo while the likes of Moeen Ali, skipper Jadeja and Ambati Rayudu among others are yet to make an impact with the bat. Their bowling has also lacked the edge in the absence of Deepak Chahar but Sri Lankan spinner Maheesh Theekshana has revived the attack with his wicket-taking ability.

Robin Uthappa and Shivam Dube had put on a show against RCB with stunning half-centuries and CSK will be hoping for a similar performance from the duo against GT, who have an in-form bowling attack consisting of the likes of Lockie Ferguson, Mohammed Shami, Hardik Pandya and Rashid Khan.

For Gujarat Titans, their top-order remains a huge concern as opener Matthew Wade has failed to fire so far this season while Shubman Gill after two back-to-back half-centuries has been dismissed on low-key scores in his last two innings. Their bowling attack is expected to play a key role for GT against CSK at the MCA Stadium in Pune on Sunday.

Chennai Super Kings had a disastrous start to their campaign but eventually managed to get a much-needed win against RCB in their last game. The defending champions have enough experience in their line-up to spark a turnaround and will be looking to stop GT's juggernaut on Sunday. We are backing CSK to win against Gujarat Titans.