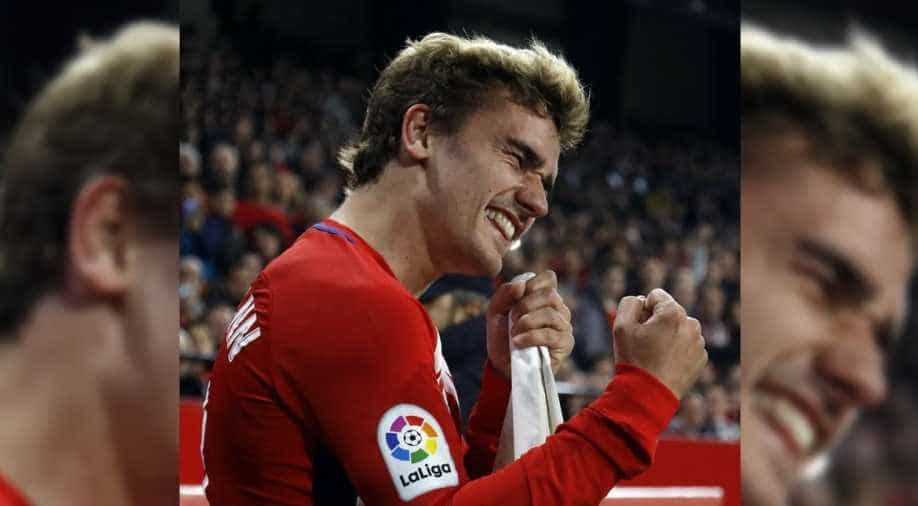 "I'm very happy with the team's work, but a little less happy that we conceded two goals," said Griezmann.

"It's good that we have several forwards who score goals, but the most important thing is the three points."

Former Chelsea star Diego Costa grabbed the opener just before the half-hour mark after a farcical mix-up in the Sevilla defence.

Goalkeeper Sergio Rico attempted to play a short ball to Ever Banega standing on the edge of the penalty area.

However, his teammate dallied too long and predator Costa nipped in to steal the ball off the toe of the Argentine before confidently burying the opportunity.

Sevilla had plenty of chances with Colombian striker Luis Muriel seeing Atletico keeper Jan Oblak deny him with a smart save.

Three minutes from the break, Griezmann scored his first of the night when he danced between three defenders to score with a fierce right-footed drive past Rico.

Griezmann made it 3-0 five minutes into the second half, converting his team's first La Liga penalty of the season after Costa was brought down by Rico.

Sevilla imploded with Koke making it 4-0 after more suicidal defending before Griezmann completed his hat-trick on 80 minutes, taking his Liga tally to 11 for the season.

The home side salvaged a degree of pride when Pablo Sarabia and Nolito tucked away goals in the last five minutes.