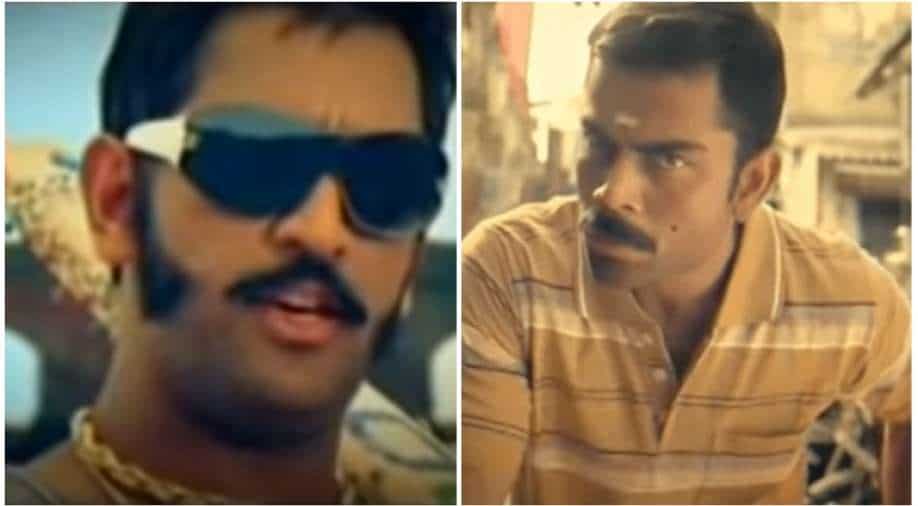 Here our few compilations of some of the most iconic ads featuring Team India stars, such as Rahul Dravid, Virat Kohli, MS Dhoni, Sachin Tendulkar along with Bollywood superstar Shahrukh Khan, etc:

India is a cricket-crazy nation as the gentlemen's game continues to grow with each passing day. Hence, it is often said that cricketers are literally worshipped in India. The sport remains a big reason for the cricketers' immense fan-following but often their acting skills catches the attention of fans.

Over the years, many Indian cricketers have given fans plenty to cheer for courtesy their acting skills and hilarious chemistry in front of the camera, for various commercials. While many of such ads might be old in today's times, the recall value remains immense due to the Indian cricketers' presence and acting. Here our few compilations of some of the most iconic ads featuring Team India stars, such as Rahul Dravid, Virat Kohli, MS Dhoni, Sachin Tendulkar along with Bollywood superstar Shahrukh Khan, etc.

Even in today's times, the likes of Dravid, Neeraj Chopra (CRED advertisements) and many others continue to entertain fans with their acting skills before the camera. While it not only helps them in engaging with the viewers and spreading their fan-following further, it also ensures the product they are advertising get sold in large numbers. Thus, it remains a win-win situation for all involved.

Talking about the Indian cricket team, the Virat Kohli-led Men in Blue are currently gearing up for their T20 World Cup 2021 tournament-opener, versus Pakistan on October 24 (Sunday) at Dubai. The marquee event commenced on October 17 with the qualifying round.