French Open: No sweat for Williams as she swings into round three 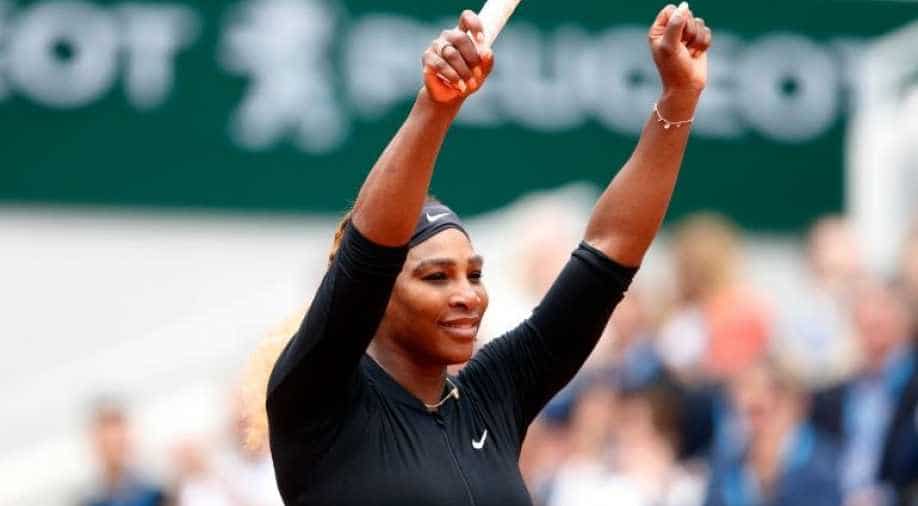 'I generally come to a Grand Slam to win it,' Serena said

Serena Williams breezed into the third round of the French Open on Thursday with a routine 6-3, 6-2 win against Japanese Kurumi Nara, wasting little energy in her quest for a record-equalling Grand Slam singles title.

The 10th seed, chasing a first major since the 2017 Australian Open, survived the first-set fright in her opening match, but there was no hiccup this time.

She will take on fellow American Sofia Kenin in the next round, with world number one Naomi Osaka a potential opponent in the quarter-finals.

The 37-year-old was given a decent workout by world number 238 Nara, who was playing her only second match in the main draw of a tour-level tournament this year.

"She was just playing really tactical tennis, and I just had to play a little bit better," Williams said.

Nara stood her ground in the first seven games but derailed in the eighth as Williams broke for 5-3 with a booming forehand winner down the line.

The Japanese cracked earlier in the second set, dropping serve in the third game, and never recovered as Williams snatched her 801st victory on the tour.

Although an ankle injury disrupted her early season, Williams believes she still has what it takes to match Margaret Court's all-time record of 24 Grand Slam singles titles.

"I generally come to a Grand Slam to win it," she said.

"I have had a tough year since I twisted my ankle in Australia. It's just been really tough after that. So everything definitely feels a little bit harder than normal, but at the same time, I know that it's going to get better," Serena added.