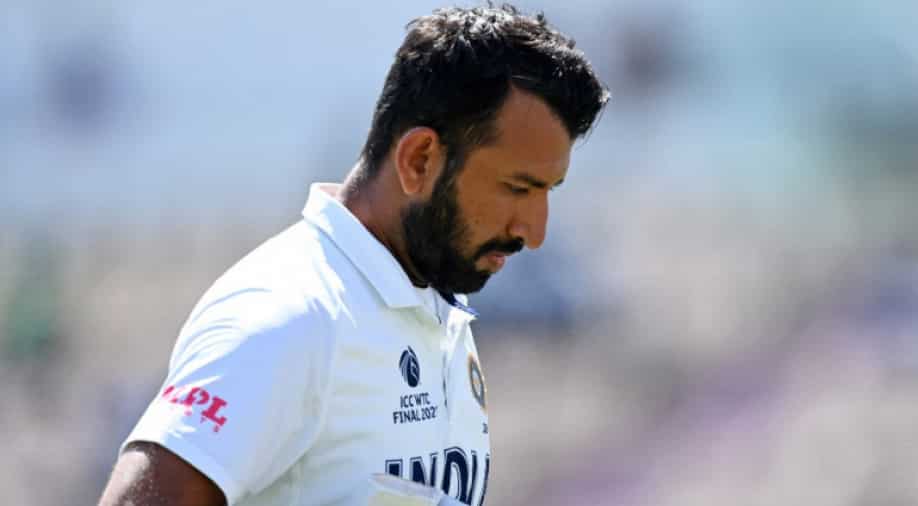 Pujara has not been able to perform in the England tour. The batsman has put a disappointing show till now with scores like  4, 12* and 9 so far.

Cheteshwar Pujara has been struggling to score for India lately. The batsman's form has become a concern for India as his average is down to 31 since 2018, which is significantly lower than his career average of 45.

ALSO READ: India Independence - From Olympics to Cricket: When 'free India' shined in the world of Sports

Pujara has not been able to perform in the England tour. The batsman has put a disappointing show till now with scores like  4, 12* and 9 so far.

Former Pakistan skipper Salman Butt feels that Team India could give chance to Suryakumar Yadav instead of Cheteshwar Pujara in the next match, but he said that it all depends on Virat Kohli and the coach.

“Pujara is struggling. The conditions are also tough. If India want, they can give Suryakumar Yadav a chance. It all depends on what Virat Kohli thinks, what the coach thinks,” Butt said on his YouTube channel.

However, Butt felt that it is too early for the Men in Blue to drop the experienced Cheteshwar Pujara.

“As of now, three innings have been played. I feel it is too early to bring in a youngster in such testing conditions. It will be a really tough task for him. Pujara, on the other hand, is dependable and he has performed before in these conditions. He has failed so far but let’s give him one more Test,” he said.

Suryakumar Yadav and Prithvi Shaw were called in to replace the injured openers, but, KL Rahul and Rohit Sharma have found their rhythm and put up a strong opening stand in the first two Test matches.

“For any youngster coming one-down, facing James Anderson and the other bowlers… England have a very good attack and the conditions are quite difficult. Look at the England players. Playing at home, the top three are hardly able to do anything substantial,” Butt pointed out.

“Both Pujara and Rahane are India’s top-class players. Sadly, they are not in form. But if you replace someone in the middle of the series, this is only the second Test, the pressure increases on the dropped player as well as on the one who is coming in. It will not be easy for another batter to come in and perform in English conditions. They (Pujara and Rahane) have played three innings so far and, according to me, it is too early to replace them,” he added.