'Forgot how it feels to lose,' says Bianca Andreescu after 14th win on spin 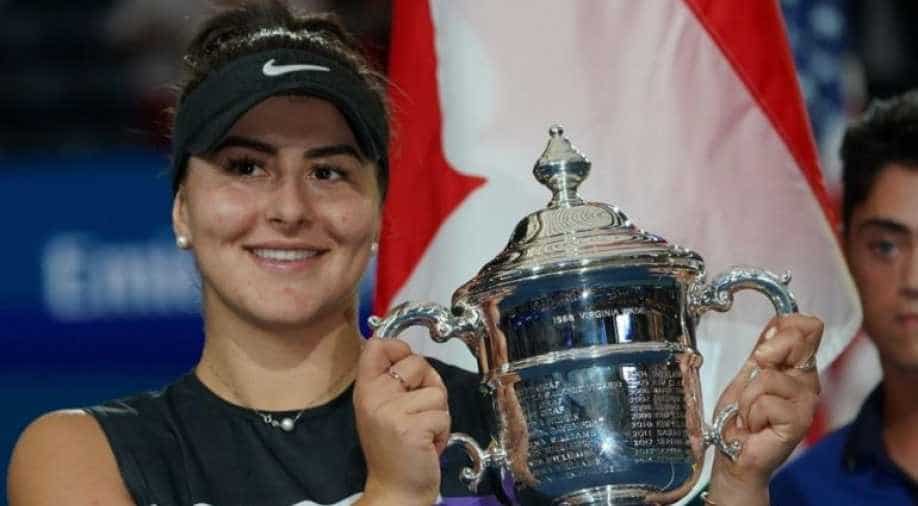 Andreescu's run of victories has brought her the US Open and her home Canadian Open in recent weeks, propelling her into the limelight.

Bianca Andreescu said that she has "forgotten how it feels to lose" after the US Open champion reeled off her 14th victory in a row on Monday in Beijing.

The 19-year-old Canadian beat Aliaksandra Sasnovich of Belarus 6-2, 2-6, 6-1 in the China Open first round despite a second-set wobble.

But Simona Halep became the first major casualty in the Chinese capital, beaten by Russia's Ekaterina Alexandrova, with the Romanian appearing to struggle with a back injury.

Andreescu's run of victories has brought her the US Open and her home Canadian Open in recent weeks, propelling her into the limelight.

"I wanted to just keep the momentum going," said the teenager, after her first match since stunning Serena Williams in the final at Flushing Meadows in early September.

"I'm on a roll right now, hopefully, I can just keep it up because I think it gives me a lot of confidence," added the world number six, who has qualified for the season-ending WTA Finals.

"I don't want to sound cocky or anything, but I kind of forgot how it feels to lose, which I think is a good thing."

Andreescu looked all set to carry on her blistering form against Sasnovich and emphatically captured the first set.

But she struggled with her serve in the second, totting up six double faults and was in danger of losing her cool in the Beijing heat and haze.

Normal order was restored in the deciding set, Andreescu breaking Sasnovich's first service game and then holding her own to take a 3-0 lead and an advantage she refused to surrender.

In round two the Canadian plays Elise Mertens, the world number 23 from Belgium.

Andreescu said that her stunning victory at the US Open had yet to fully sink in, even three weeks on.

"But I think I've learnt a lot from the past couple of weeks, during the tournament, even after the tournament with all the media, all that," she said.

"I think I'm managing it really well. I think that's why I feel good coming into this tournament."

There was no such joy for the reigning Wimbledon champion Halep, who lost 6-2, 6-3 in 64 minutes to bring her China Open to an early end.

Halep, fifth in the world, was far from her best as she went down meekly to the 38th-ranked Alexandrova in the second round.

The 28-year-old was also forced out of last week's Wuhan Open because of her troublesome back, which she says has plagued her for more than a decade.

China Open title-holder Caroline Wozniacki swatted aside Lauren Davis of the United States, 6-1, 6-3, to give her the perfect start to the defence of her crown.