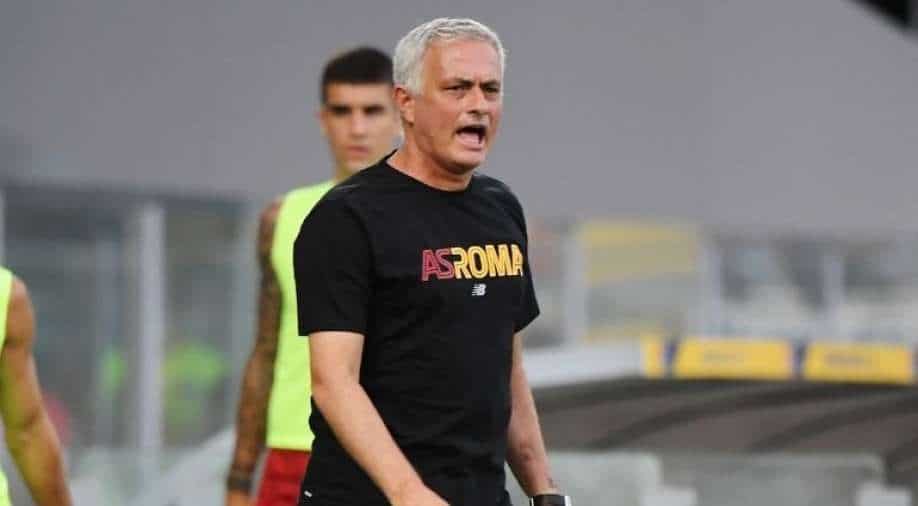 Mourinho has suffered declining levels of success since leaving Italy 11 years ago, having won two league titles in that time, compared to six in the previous eight campaigns.

Jose Mourinho was never going to walk into a new job quietly, with all eyes on the new AS Roma coach on the eve of the Serie A campaign after a close season full of fireworks.

The final enduring image of Mourinho's first and trophy-laden spell in Italy, was of distraught Inter Milan defender Marco Materazzi being consoled by the Portuguese after hearing of his coach's decision to leave for Real Madrid.

Having steered Inter to an unprecedented treble in 2010, Mourinho, also in tears, departed after winning everything he could in a short two-year tenure. Now back in Serie A with Roma, he returns a different proposition entirely.

Mourinho has suffered declining levels of success since leaving Italy 11 years ago, having won two league titles in that time, compared to six in the previous eight campaigns.

After several much publicised bust-ups with players during his previous two jobs in England, the new image of Mourinho is not one of player adulation and unrivalled glory, but one of a fiery, confrontational figure who is back in Italy to ruffle some feathers.

He is, however, fully aware, that the Italian media will be hanging on his every word.

"I am smiling because I had a record of 40 days without interviews," Mourinho joked on Instagram this week.

"(I had an) Amazing time where I only focused on work and forgot my friends from the press. Nothing interesting really to be honest. Love the press, (I have) missed them a lot."

He has already been causing a stir, even before the season is under way.

Roma were beaten 5-2 by Spanish side Real Betis earlier this month in a friendly. They finished a bad tempered match with just eight men, having seen three of their players sent off.

Not to be outdone, Mourinho himself was sent off by the referee for being over-zealous in his protests, getting right in the face of the official, despite the match being a friendly.

All the histrionics that come with Mourinho will all be in vain if the results do not go Roma's way, however, such is the expectation that the club need to be challenging at the top of the table.

There is already a huge mural of Mourinho on a Vespa scooter in the Testaccio neighbourhood of Rome, with the Portuguese also having a flavour of ice cream named after him in one of the Italian capital's gelato parlours.

With champions Inter Milan having lost several star players as they were forced to cut costs this summer, and Juventus entering the new campaign on the back of a below par 2020-21 season, there is renewed hope that Mourinho can get Roma challenging quickly.

"Here I go on another Mission: Impossible," Mourinho said in an interview with GQ magazine last month. "I say impossible because people tend to look at me and in their eyes there’s only one way to measure success, which is that I have to win."

Tammy Abraham's big-money arrival from Chelsea gives Mourinho an immediate replacement for outgoing veteran striker Edin Dzeko, while the return to full fitness of Nicolo Zaniolo has provided his coach with a further boost.

But without other major arrivals this summer, it is the coach that fans will be turning to for that immediate improvement.