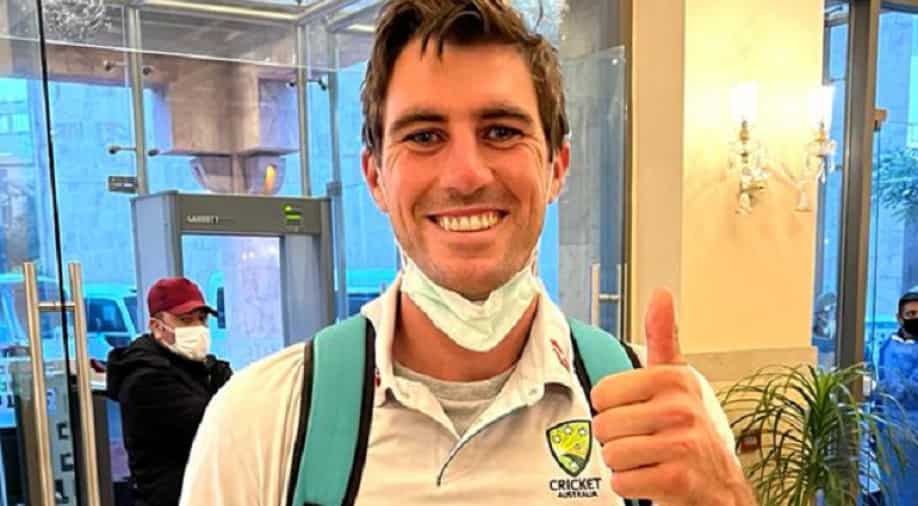 Australian captain Pat Cummins spoke about the security arrangements in Pakistan as he and his teammates landed in the country on Sunday for a historic Test series.

The Australian cricket team arrived in Pakistan on Sunday (February 27) ahead of their historic series against the hosts. Australia are in Pakistan to play three Tests, as many ODIs and a one-off T20I game. The Aussies are touring Pakistan for the first time in 24 years making it a historic affair for both nations.

Australia had last toured Pakistan in 1998 and have since refrained from visiting the country like a number of other top cricketing nations. The high-profile teams had stopped visiting Pakistan post the attack of the bus of the Sri Lankan side in Lahore in 2009.

Over the last few years, Pakistan have hosted the likes of West Indies, Bangladesh, Sri Lanka and Zimbabwe at home but Australia will be the first high-profile team to play a full-fledged series in Pakistan. Though the Aussie side is missing a number of key players, the team's visit to Pakistan is a big boost for the Pakistan Cricket Board (PCB).

After arriving in Islamabad on Sunday, Australian Test skipper Pat Cummins spoke about the security arrangements by the Pakistan Cricket Board for the visitors and said he and his teammates feel incredibly safe. Cummins also thanked the PCB for looking after the players well. The Australian team will be confined in their hotel except for their training and matches.

"I feel incredibly safe. We've been really well looked after by the PCB. Upon arrival, there's been lots of security. We were straight off the plane and straight to the hotel," Cummins said on Sunday.

"We've got a pretty good set-up here and we'll be confined to the hotel except for games and training. It's comforting and we're really lucky to be surrounded by so many professionals.

"There are lots of things around which might be a little bit different to what we're used to but we know it's been taken care of, so we can just really enjoy ourselves here," he added.

The three-match Test series between Australia and Pakistan will get underway from March 04 with the first Test in Rawalpinidi. The Aussies will then head to Karachi and Lahore for the next two matches before the start of the ODIsin Rawalpindi.

Australia are heading into the Tet series against Pakistan on the back of a comprehenive 4-0 thrashing of England in the Ashes 2021-22. The Aussies will start as favourites against the hosts but will be wary of Pakistan's bowling prowess which can prove tricky for the Australian batters.

Cummins is looking forward to the challenge of playing against Pakistan in their own backyard and hopes his team will continue their stellar run against the hosts in the upcoming Test series.

"I really hope so. I was really proud of how we performed throughout the Ashes summer back home in Australia, and now that’s the challenge to continue that and be just as relentless on an overseas tour," said the Aussie Test captain.

"Pakistan is an incredible cricket nation. We feel lucky to get to come back here after a whole generation didn’t get the chance to play any cricket over here," he added.