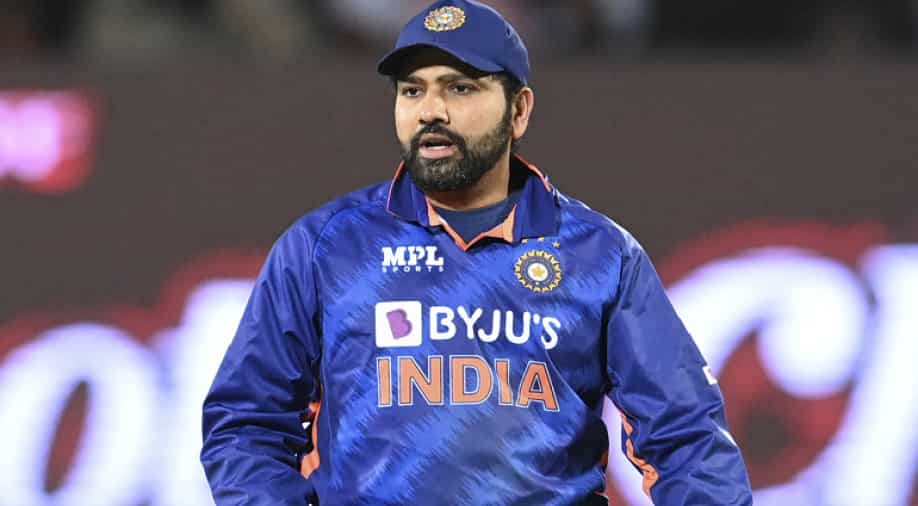 Indian skipper Rohit Sharma has had an exceptional run so far as the captain of the Indian cricket team in limited-overs formats. After beating New Zealand and West Indies in their last T20I series, India on Saturday clinched the ongoing three-match T20I series against Sri Lanka with a comprehensive seven-wicket win in the second T20I.

India chased down the target of 184 runs with ease as the likes of Shreyas Iyer, Ravindra Jadeja and Sanju Samson fired all cylinders with the bat. With back-to-back wins in the first two games, India have taken an unassailable 2-0 lead in the three-match series and will be aiming for a 3-0 clean sweep when they lock horns with Sri Lanka in the third and final T20I on Sunday.

After India's seven-wicket win in the second T20I on Saturday, skipper Rohit achieved a new milestone in the shortest format as captain. Rohit has now created the record for most T20I wins at home as captain. He has led India to 16 victories in 17 T20I matches at home to surpass England captain Eoin Morgan and New Zealand skipper Kane Williamson.

Rohit has three more wins than both MS Dhoni and Virat Kohli as captain in T20Is at home. The current Indian skipper has lost just one T20I so far in his career as a captain at home. Rohit overall too has a terrific record as captain in T20Is with 23 wins in 25 matches.

The seven-wicket victory on Saturday was India's 11th successive Twin under his captaincy in T20Is and a third consecutive T20I series win since he was appointed as the full-time captain in November last year. India have not lost a single T20I game ever since their disappointing exit from the T20 World Cup 2021 last year.

Also Read: Ishan Kishan admitted to hospital after being hit on head by a nasty bouncer during 2nd T20I against SL

On Saturday, Sri Lanka rode on brilliant knocks from openers Pathum Nissanka (75) and Danushka Gunathilaka (38) to post a strong total of 183 runs on the board. However, Indian batters were up for the challenge despite a poor start from the hosts.

Shreyas Iyer continued his fabulous run with a cracking 74 off 44 balls while Ravindra Jadeja played a sensational cameo of 18-ball 45 along with Sanju Samson (39 off 25) to take India over the line comfortably.