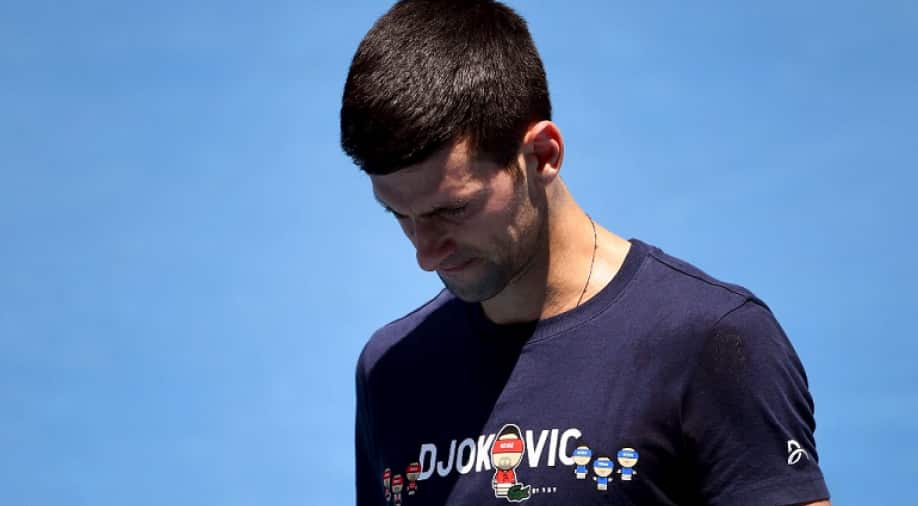 Novak Djokovic said he is 'extremely disappointed' by the court's decision to deport him from Australia ahead of the Australian Open tournament but he respects the law.

Novak Djokovic on Sunday lost his court appeal against deportation in Australia as a court upheld the government's decision to cancel his visa. The long-standing saga which had become a major talking point in the sporting world finally came to a conclusion on Sunday (January 16) with Chief Justice James Allsop of the Federal Court of Australia dismissing Djokovic's appeal.

Djokovic had appealed against the Australian Immigration Minister Alex Hawke's use of discretionary powers to re-cancel his visa earlier this week on the grounds that he was a threat to public order as his unvaccinated status might trigger anti-vaccine sentiments in the general public. The case was heard by a panel of three judges on Sunday.

In a unanimous decision, Djokovic's appeal was quashed and it was confirmed that the tennis star would have to leave the country. Reacting to the court ruling, Djokovic said he was 'extremely disappointed' but will respect the court's decision. The world no.1 men's tennis player also confirmed that he will be leaving Australia soon.

"I am extremely disappointed with the Court ruling to dismiss my application for judicial review of the Minister’s decision to cancel my visa, which means I cannot stay in Australia and participate in the Australian Open," said Djokovic in a statement after losing his court appeal against deportation in Australia.

"I respect the Court’s ruling and I will cooperate with the relevant authorities in relation to my departure from the country," he added.

Djokovic further stated that it made him uncomfortable to be the focal point of one of the major controversies in the sporting world at the start of the current year and that he would like everyone to now focus on the Australian Open and the other players. He also thanked his supporters and wished luck to the players taking part in the tournament.

"I am uncomfortable that the focus of the past weeks has been on me and I hope that we can all now focus on the game and tournament I love. I would like to wish the players, tournament officials, staff, volunteers and fans all the best for the tournament," said the nine-time Australian Open champion.

"Finally, I would like to thank my family, friends, team, supporters, fans and my fellow Serbians for your continued support. You have all been a great source of strength to me," he added.

Djokovic was gunning for a record 21st Grand Slam in Australia as he is currently tied with the legendary Roger Federer and Rafael Nadal as the trio has won 20 major titles each. However, his bid to defend his Australian Open title has been shattered owing to his unvaccinated status against COVID-19.

"I welcome today’s unanimous decision by the Full Federal Court of Australia, upholding my decision to exercise my power under the Migration Act to cancel Mr Novak Djokovic’s visa in the public interest," said Hawke in a statement.