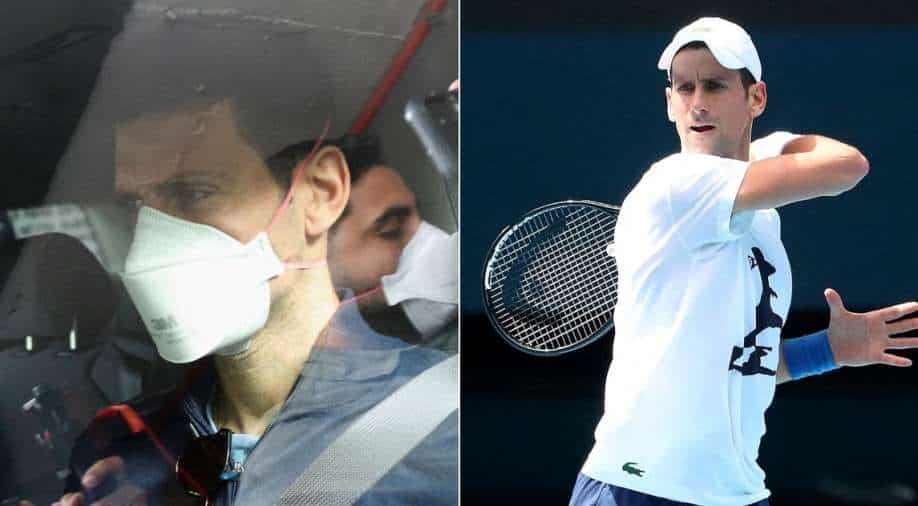 Novak Djokovic on Sunday (January 16) lost the court case against deportation from Australia after a Federal court unanimously rejected his appeal to stay in the country.

Tennis star Novak Djokovic's dream of participating in the upcoming Australian Open 2022 was left shattered on Sunday (January 16) as he lost a court appeal against the Australian government's decision to re-cancel his visa. The decision means Djokovic's visa stands cancelled and he is to be deported from Australia.

Djokovic had arrived in Melbourne in the first week of February with a medical exemption for being unvaccinated against COVID-19 as he looked forward to defending his Australian Open title. However, the nine-time Australian Open champion was sent into detention and his visa was cancelled after it was adjudged that he didn't satisfy the required conditions for being granted an exemption.

Djokovic won the legal battle against the Australian government to get his via reinstated and come out of detention to start his preparations for the tournament. However, his visa was re-cancelled earlier this week after Australia's Immigration Minister Alex Hawke exercised his personal power in the matter.

Djokovic's lawyers once again appealed against his visa cancellation as deportation threats loomed large over his Australian Open future. However, the Serbian tennis star's application was dismissed by Chief Justice James Allsop in a Federal court hearing on Sunday.

"The orders of the court are that the amended application be dismissed with costs", said Chief Justice Allsop while announcing the decision, which was taken unanimously among three judges and the reasons will be published in the coming days.

The government's lawyer on Sunday's hearing argued that Djokovic's continued presence in Australia risked triggering anti-vaccination sentiments among people at the time when the country is facing the worst wave of COVID-19 since the pandemic first made its presence felt in 2020.

Djokovic's name was included in the Australian Open draw and he was set to face fellow Serb Miomir Kecmanovic in his first-round match. However, the tennis star is now set to leave Australia after losing the legal battle against the government's decision to re-cancel his visa and have him deported over his unvaccinated status.