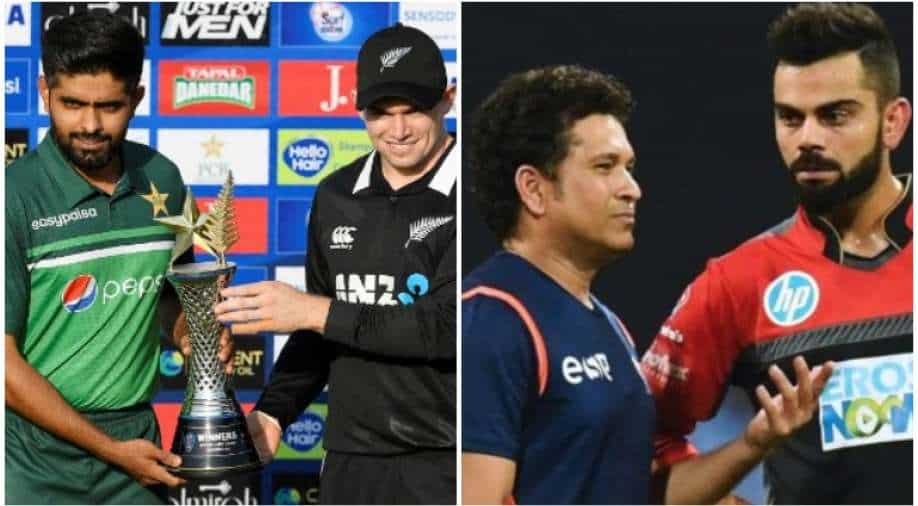 Virat Kohli has been regarded as one of the greatest batsmen of the modern-era. While the 32-year-old isn't at his usual best with the bat across formats, he remains Team India's Mr. Dependable in all forms of the game and his immaculate record speaks volumes of his abilities.

Over the years, Kohli has often been compared with Master Blaster Sachin Tendulkar and many believe Kohli is on course to equal, or surpass, Tendulkar's record of 100 international tons. Nonetheless, former Pakistan pacer Mohammad Asif -- whose career ended prematurely after being involved in the spot-fixing saga in 2010 -- feels Kohli is nowhere 'close to Tendulkar' and managed to draw parallels between SRT and Pakistan's sensation Babar Azam

Speaking about the batting legacy of Kohli and Tendulkar on CoverDriveCricket's YouTube channel, Asif made a bold claim on the former's form and stated, "Kohli is a bottom-hand player. He is doing well because of his fitness and it is supporting him. The moment he will face a decline, I don't think Kohli can make a comeback. In fact, Babar is an upper-hand player like Sachin. His bat movement is fluent like Sachin. People say Kohli is better than Tendulkar. I say no. Virat does not even come close to Sachin. This is my opinion."

ALSO READ | Don't think India can compete with Pakistan, that's why they don't want to play against us: Abdul Razzaq

Kohli is currently involved in the IPL 2021 edition, where he is leading the Royal Challengers Bangalore (RCB) -- who have qualified for the playoffs already. Babar, on the other hand, is gearing up to lead Pakistan in the upcoming T20 World Cup. Talking about records, Kohli has over 22,000 international runs with 70 centuries whereas Babar is way behind (coming into the scene in 2015) with 8,551 runs and 20 hundreds.