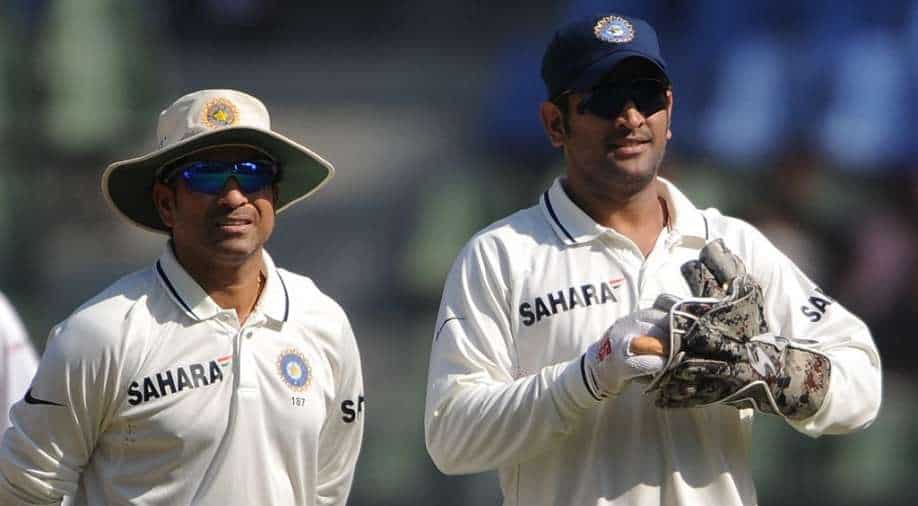 While addressing a public meeting, Pawar revealed how Rahul Dravid wanted to quit captaincy in 2007 but for that, a new candidate was needed. Pawar asked Tendulkar to take the charge from Dravid but the Master Blaster refused before suggesting MS Dhoni's name for captaincy. Pawar served as the BCCI president for a period of three years from 2005 to 2008.

"I remember India had gone to England in 2007. At that time, Rahul Dravid was the captain. I was there in England then and Dravid came to meet me. He told me how he no longer wanted to lead India. He told me how the captaincy was affecting his batting. He told me that he should be relieved from the captaincy. I then asked Sachin Tendulkar to lead the side, but he refused the role," said Pawar during a public meeting.

"I told Sachin that if both of you and Dravid do not want to lead the side, how will we go about things? Then Sachin told me that we have one more player in the country who could lead the side and his name is none other than MS Dhoni. After that, we gave the leadership to Dhoni," he added.

Under Dravid's captaincy in 2007, India were knocked out from the World Cup in the group stage. In the same year, Dhoni was named the captain of India's T20 side that went on to lift the T20 World Cup. Dhoni went on to lead the country in both ODIs and Tests, winning all the major ICC Trophies and becoming the only captain to date to have won all ICC trophies.

ALSO READ: It's banter!: Ravi Shastri reacts to viral memes around him on social media

In 2014, Dhoni announced his retirement from Test cricket after playing 90 Test matches. In 2020, Dhoni called it quits from international cricket marking an end to a trophy-laden 16-year-long career. He continues to play in the IPL.