'Everyone wanted him to be like MS Dhoni': Yuzvendra Chahal recalls Rishabh Pant's initial struggles 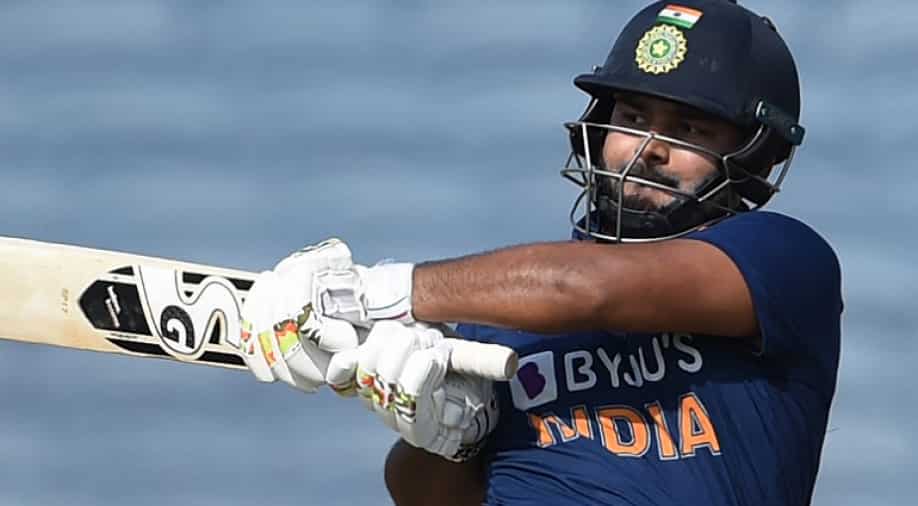 Team India spinner Yuzvendra Chahal recalled Rishabh Pant's struggles in his initial days with the Indian side and how he was under tremendous pressure to perform like MS Dhoni.

Team India spinner Yuzvendra Chahal recently recalled wicket-keeper batsman Rishabh Pant's struggles in the Indian team during his initial days in international cricket. Pant was once touted as an ideal replacement for former captain MS Dhoni and had been backed by many to become one of the future stars of Indian cricket before enduring a rough patch in his career.

From being touted as Dhoni's replacement, Pant was dropped from the ODI and T20I squads last year. He bounced back after impressing with his performances in the Test series against Australia Down Under and has now cemented his place in the Indian side across formats. Chahal recalled how fans used to tease Pant with Dhoni's name at the stadiums on his mistakes.

The spinner said Pant was just 19-20 years of age at the time but was under immense pressure to perform well and play like Dhoni. However, his teammates supported him during the rough phase and help him emerge as a champion.

"Actually, everyone wanted him (Pant) to be like Mahi bhai. The way MSD was behind the stumps. I remember if Pant would ever drop any catch or the DRS went wrong, then the whole ground would start shouting 'Mahi Mahi'," Chahal told SGTV.

"So, there was a lot of pressure on that child (Pant)… because he was only around 19 or 20 years old at that time. We would tell him to ignore all these things and focus on your game. He was under tremendous pressure...then he was also out of the team for a while," he added.

Chahal was part of the Indian side when Pant made his international debut in 2017. The young left-hander has since come a long way and is currently India's first-choice wicket-keeper batsman heading into the T20 World Cup 2021. Pant is also leading the Delhi Capitals in the ongoing IPL 2021 and has led his side to the playoffs.

Chahal hailed Pant's remarkable rise and credited him for improving a lot in the last couple of years. He also urged fans to respect cricketers a little more as each player tries to give his best on the field.

"He made a superb comeback. He has improved a lot; he has shown a lot of maturity. His performance has been really good and I guess people should understand that when a sportsperson is on the ground, he tries his best, and nobody wants to perform badly. People should give a little respect to the player," Chahal said.

"Bowlers are now getting good help from Pant being behind the stumps. See, there is no replacement for any player. There can be no replacement for Mahi bhai. Pant is trying his best to do better and better. No need to do comparisons," he added.