'Everyone in the world starts crying': Nathan Lyon gives his verdict on Ahmedabad pitch 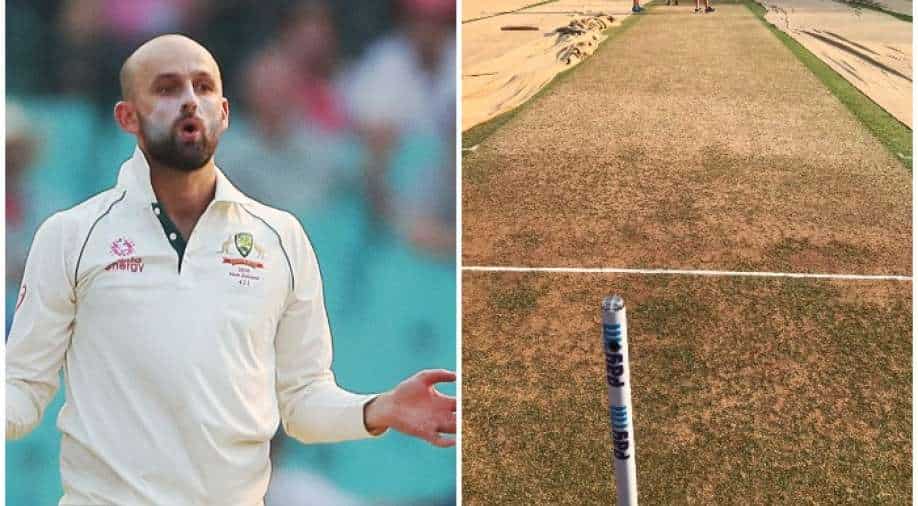 'Everyone in the world starts crying': Nathan Lyon gives his verdict on Ahmedabad pitch Photograph:( Agencies )

The pitch of the Narendra Modi Stadium in Ahmedabad for the pink-ball Test between India and England have been central to widespread debate over the few days. The third Test was over within two days with India outplaying the visitors and winning the match by a comfortable 10-wicket margin.

While the likes of Andrew Strauss, Alastair Cook and Michael Vaughan among other prominent former cricketers have criticised the Ahmedabad strip, Australian spinner Nathan Lyon has come to the support of the pitch as he said "everyone in the world seems to starts crying" as soon as the ball starts spinning.

England are even considering whether to lodge a formal complaint to the International Cricket Council (ICC) about the Ahmedabad pitch for the third Test.

Lyon, meanwhile, has said that the best thing about the pink-ball Test was that England opted with four seamers suggesting that the visitors read the conditions wrong.

"The best thing about this Test match that just passed is that England went in with four seamers," Lyon was quoted as saying by Cricket.com.au.

Notably, Lyon had worked as a curator before embarking on his 100-Test journey which is still continuing. The veteran Aussie was gripped by the dominance of Ravichandran Ashwin and Axar Patel.

"I was up all night watching it," he said.

"It was absolutely brilliant. I'm thinking about bringing that curator out to the SCG. We play on seaming wickets around the world and get bowled out for 47, 60. Nobody ever says a thing (about the pitch). But as soon as it starts spinning, everyone in the world seems to start crying about it. I don't get it. I'm all for it, it was entertaining."

Earlier on Saturday, Ravichandran Ashwin hit back at the pitch critics as he said:  "I think I have said that in the past as well, everyone is entitled to their opinion and I am not here to say that your opinion is right and it is wrong. The fact remains that the talk about the surface is getting out of hand. Why would you talk about the surface and sell that to us time and time again? Is there any instance where the pitch has been talked about this much when we have played games in other countries," said Ashwin while replying to an ANI query during a virtual press conference on Saturday.

"I somehow find it funny that when they speak about the surface, it immediately gets quoted all over in our press and this is the issue here. There have been instances, we have been to New Zealand, where both the Tests got over in a total of five days. There is a video doing the rounds where Virat Kohli is talking in South Africa and he says I am not here to talk about the pitch. That is how we have been taught to play cricket, that's why I say let them sell thoughts, buying is our choice," he added.

Meanwhile, for Australia's contention to be in the ICC World Test Championship final, England need to find the fourth Test against India, scheduled to be played at the same venue on Thursday. The result was a major blow to Australia's hopes of sneaking into the Test championship final. However, a win or a draw for India will ensure Virat Kohli & Co's spot in the summit clash against New Zealand in England later in the year.