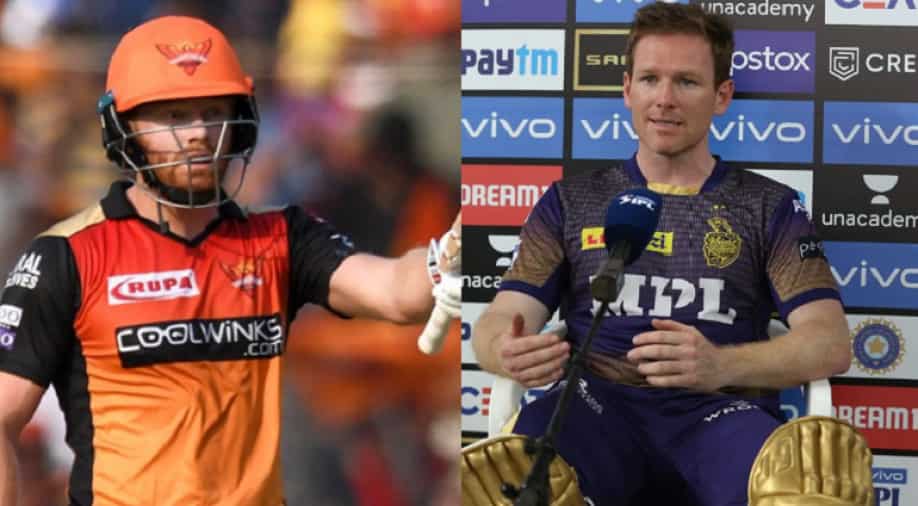 Jonny Bairstow and Eoin Morgan have opted for the 2nd-highest bracket at IPL auction. | Photo - IPL | Photograph:( Others )

A staggering 1214 players have registered for the upcoming Indian Premier League (IPL) 2022 mega player auction which is all set to take place in Bengaluru next month. Not eight but ten teams will be part of the auction process this time around after the inclusion of two new teams - Lucknow and Ahmedabad for the next edition of the tournament. All ten teams will be aiming to build strong squads almost from scratch ahead of the new season.

While the existing eight teams had the option of retaining a maximum of four players each, the two new teams - Lucknow and Ahmedabad were allowed to pick three players each from the pool of non-retained ones. A number of top players are still in the fray to be picked by the ten teams after entering the mega auction. There are a total of five brackets that have been set by the BCCI for the players and a capped can put his name in any of the brackets.

Former Kolkata Knight Riders (KKR) captain Eoin Morgan, star England batter Jonny Bairstow and Shimron Hetmyer are some of the prominent names in the Rs 1.5 crore category. The likes of Dawid Malan, Jimmy Neesham, Jason Holder and Nicholas Pooran have also opted for the second-highest bracket ahead of the mega auction.

Here is the complete list of players under the Rs 1.5 crore (INR 15 million) bracket ahead of IPL mega auction:

Also Read: Iyer to Warner: Full list of players with highest base price of Rs 2cr ahead of IPL mega auction

The IPL 2022 mega auction is all set to take place in Bengaluru on February 12 and 13. The complete list of 1214 players will be presented to the ten franchises and will be trimmed down after the franchises have shortlisted the players they would want to see going under the hammer at the mega auction.