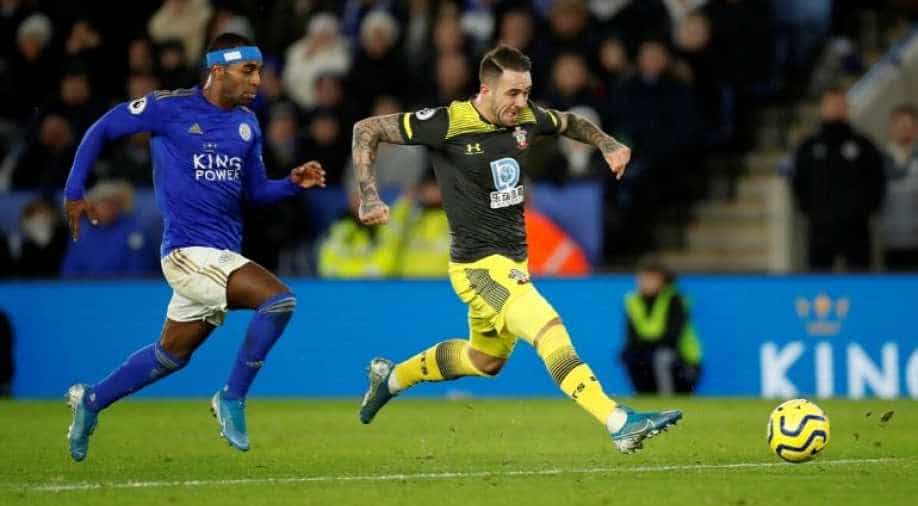 The win came on the back of a vastly improved display from Southampton and keeps Ralph Hasenhuettl's side in 12th place in the table on 28 points.

Southampton stunned Leicester City 2-1 at the King Power Stadium on Saturday thanks to a late goal from Danny Ings and a lucky strike from midfielder Stuart Armstrong, as the Saints put their 9-0 thrashing in the return fixture in October behind them.

The win came on the back of a vastly improved display from Southampton and keeps Ralph Hasenhuettl's side in 12th place in the table on 28 points.

The in-form Ings, who had missed a slew of chances earlier in the match, struck the winner - his 14th league goal of the campaign - in the 81st minute after collecting a through pass from substitute Che Adams.

The hosts thought they had levelled the tie at 2-2 in the final seconds of regulation time when Jonny Evans nodded in a free-kick from James Maddison. But the Video Assistant Referee (VAR) judged the defender to be in an offside position.

"We did everything we could to turn it around, and we've done that and better. So proud of the team," Ings, who struck the crossbar twice in the first half, told the BBC.

"We take each game as it comes. We have smiles on our faces, we are getting back to enjoying football."

Leicester had earlier gone ahead in the 14th minute through midfielder Dennis Praet's first goal for the club, as he tapped the ball in after Jamie Vardy ran on to a lobbed pass and fired a cross into the penalty area.

Southampton were then given a second-half penalty when Caglar Soyuncu brought down Shane Long in the box, but VAR deemed that he was marginally offside in the build-up and also rescinded the yellow card issued to the Leicester defender.

Hasenhuettl hailed his team's "best away performance" of the season so far.

"We played fantastically quick behind the lines. We had to be nervous until the end but we tried to press them high and keep them away from our goal," the Austrian said.

"It was a very important game... We changed completely our mind and worked so hard to find a successful way, and at the moment to see this team play is enjoyable all the time."

Leicester, who had a number of chances in the match, remain second on 45 points but defending champions Manchester City could leapfrog them if they beat Aston Villa on Sunday.

"A disappointing day for us. We thought we would come away with a point which, possibly we would not have deserved," Leicester boss Brendan Rodgers said.

"We were just not quite at our best today. Normally we are good defensively. We didn't press well enough and we made too many mistakes with the ball."