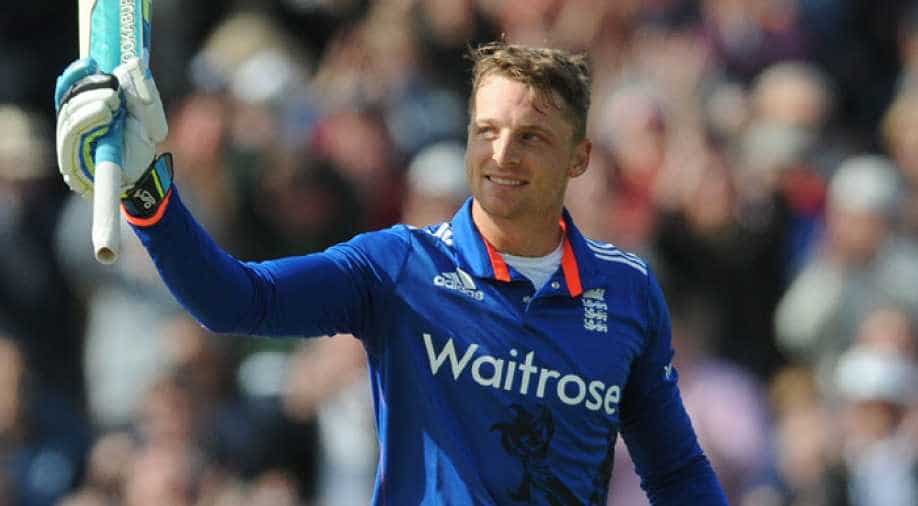 A file photo of Jos Buttler Photograph:(PTI)
Follow Us

Just like every player, Jos Buttler too had his heroes while growing up. There were two Indian cricket greats who enlivened the Englishman to take up the game. For Jos Buttler, the motivation came from any semblance of Rahul Dravid and Sourav Ganguly.

The fame of the England cricket team's star wicket-keeper batsman Jos Buttler isn't less in India. Jos Buttler plays for the Rajasthan Royals franchise in the Indian Premier League and is hailed as among the best in business with regards to white-ball cricket.

Just like every player, Jos Buttler too had his heroes while growing up. There were two Indian cricket greats who inspired the Englishman to take up the game. For Buttler, the motivation came from any semblance of Rahul Dravid and Sourav Ganguly.

“Those were my formative years and watching that game with Ganguly and Dravid scoring big hundreds had an incredible impact,” Jos Buttler was quoted as saying to Cricbuzz.

Sourav Ganguly and Rahul Dravid are two of the finest players to have donned the Indian jersey. The duo has been a part of many game-dominating exhibitions throughout the long term. One such partnership of theirs that left an immense effect on Jos Buttler was the one against Sri Lanka at the 1999 World Cup in Taunton.

“Ind vs SL, Taunton, 1999 World Cup was my first experience of seeing Indian crowds and that ignites the fire of how passionate people are about the game and how cool it would be to play in a World Cup,” he added.

India didn't get off to an incredible beginning with losses against South Africa and Zimbabwe in their initial two games. However, the champions of 1983 retaliated to record three wins that took them through to the next stage.

Sourav Ganguly and Rahul Dravid drove the route with the bat and the pair additionally shared a 318-run second-wicket stand against Sri Lanka which was then the record partnership for any wicket in a one-day international. Rahul Dravid contributed 145 while Sourav Ganguly crushed 183, still the second-highest score ever in a World Cup match. Sri Lanka were bowled out for 216 while chasing.

Jos Buttler is likewise an incredibly adored cricketer in India, particularly since he began playing in the Indian Premier League.