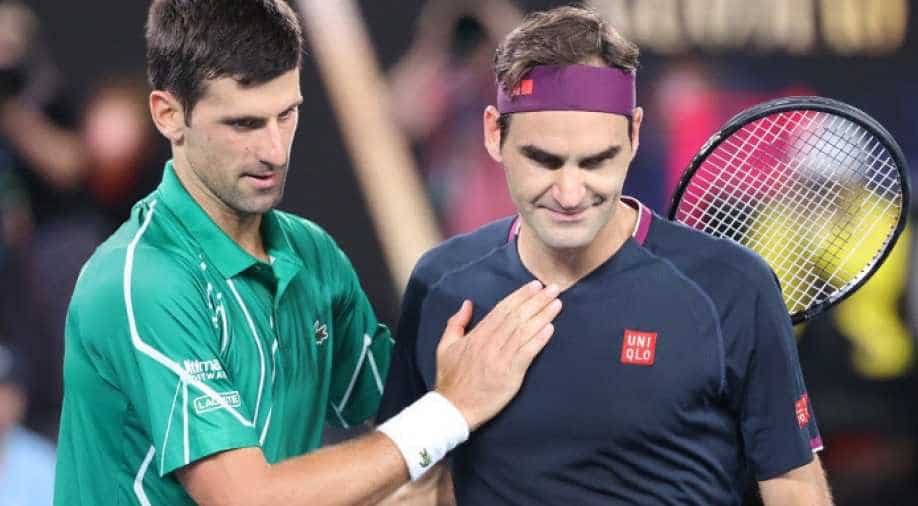 Djokovic kept Federer at bay throughout the match and although served lesser aces than the Swiss, the defending champion easily overpowered the Swiss legend.

Djokovic kept Federer at bay throughout the match and although served lesser aces than the Swiss (15 against 11), the Serb held on to win the match effortlessly in the end.

Djokovic broke Federer on four occasions to clinch the three sets even as Federer failed to keep pace with the Serbian champion.

"It's never easy to play Roger. I mean, obviously he was hurting. You could see it in his movement. Respect to him for trying his best," Djokovic said after winning the match.

"After losing the first set, he got a medical (timeout). He came back and played all the way through. It's unfortunate that he was not at his best," the defending champion said.

This was the duo's fiftieth clash. Federer, 38, had beaten 100th-ranked Tennys Sandgren on Tuesday at Melbourne Park to set up a clash against Djokovic.

"Today was horrible, to go through what I did. Nice entrance, nice sendoff, and in between is one to forget because you know you have a three per cent chance to win," Federer said.

"It's frustrating. (But) I don't think I would have gone on court if I felt like I had no chance to win. We saw I was still being able to make a match out of it," he added.

Seven-time Australian Open champion Djokovic who has been in fine form had beaten Milos Raonic 6-4, 6-3, 7-6 (7/1) in the quarter-finals.