Despite report of imminent sacking, Mourinho says he is man to turn ManU around 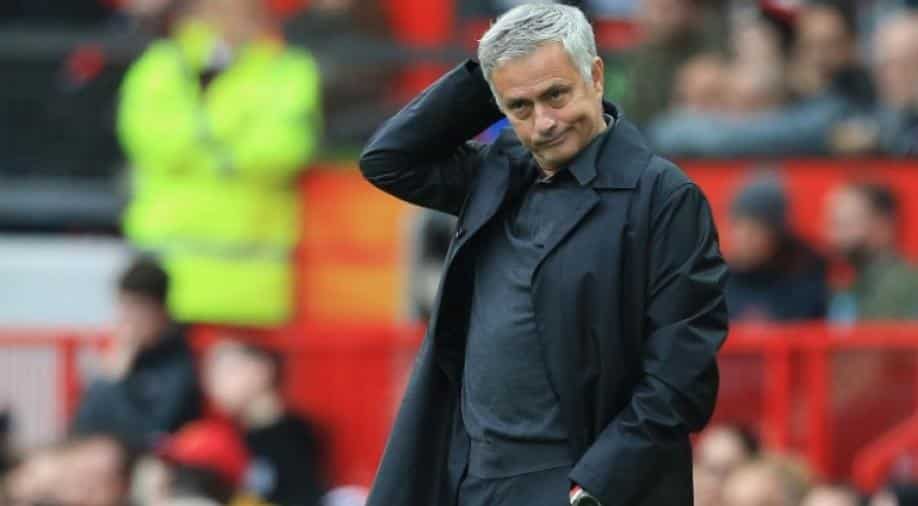 Britain's Daily Mirror newspaper has reported that Mourinho will be sacked regardless of Saturday's result against Newcastle at Old Trafford.

Jose Mourinho insisted he was still the man to turn Manchester United's ailing season around as Britain's Daily Mirror newspaper reported he would be sacked regardless of Saturday's result against Newcastle at Old Trafford.

United are struggling in 10th place in the Premier League, without a home win in any competition since the opening weekend of the season.

According to the Mirror, Mourinho has lost the confidence of the board with "senior United sources" telling the paper that the Portuguese coach's nearly two-and-a-half-years in charge will end whatever the outcome of the league game against the Magpies.

Tuesday's goalless draw against Valencia in the Champions League -- a match where United struggled to live up to their fans' expectation of attacking football -- also meant former Chelsea boss Mourinho had gone four home matches without a win for the first time in his managerial career.

He has repeatedly and publicly berated United's players this season, suggesting in Tuesday's programme notes they had lost their "dignity" in a 3-1 league loss at West Ham last Saturday.

Mourinho has in turn come for stinging criticism from ex-players, with former United midfielder Paul Scholes accusing him of "embarrassing" the club.

- 'Rotten to the core' -
But Gary Neville, once an Old Trafford team-mate of Scholes, said the Mirror's report, if true, meant United's hierarchy, were playing "Football Manager (a computer game) with the biggest club in the world".

An irate Neville, speaking on Sky Sports having commentated on Brighton's 1-0 win over West Ham on Friday, appeared to have United's executive vice-chairman Ed Woodward in his sights, when he said: "I have to say at this moment in time there is something rotten to the core of the decisions that have been made over the last four or five years.

"It has to be coming from the top. If I'm the person who employs the person underneath me and he fails, eventually I've got to take the responsibility for it."

The former England full-back added: "Eventually I've got to stand up and say, 'look, I'm not good enough to do this'.

"The people in the boardroom at this moment in time who are, if you like, overseeing the football operation, are nowhere near good enough. They're not qualified.

"They're playing Football Manager with the biggest club in the world. Stop it."

Earlier, Mourinho responded to the criticism coming his way by claiming United overachieved in finishing second last season, 19 points behind champions Manchester City, adding he always expected this campaign to be more difficult.

"If you want me to repeat (what I said earlier this week), I repeat. I said last season was a fantastic season for us.

"And if you want something more, in pre-season I also said that this season was going to be very difficult."

The 55-year-old Mourinho defended himself in his Friday press conference, called for the earlier-than-usual time of 8:00 am (0700 GMT), which lasted for eight minutes and 29 seconds.

That was time enough for him to reject suggestions his squad were struggling for confidence.

"No, I think we have enough potential to do better than what we are doing in the Premier League," Mourinho said.

Asked who was to blame for United's predicament, Mourinho responded: "The same people that were to blame for the fantastic season of last season.

"I think opponents with much more potential than us finished behind us. That is the reason why it was a phenomenal season."