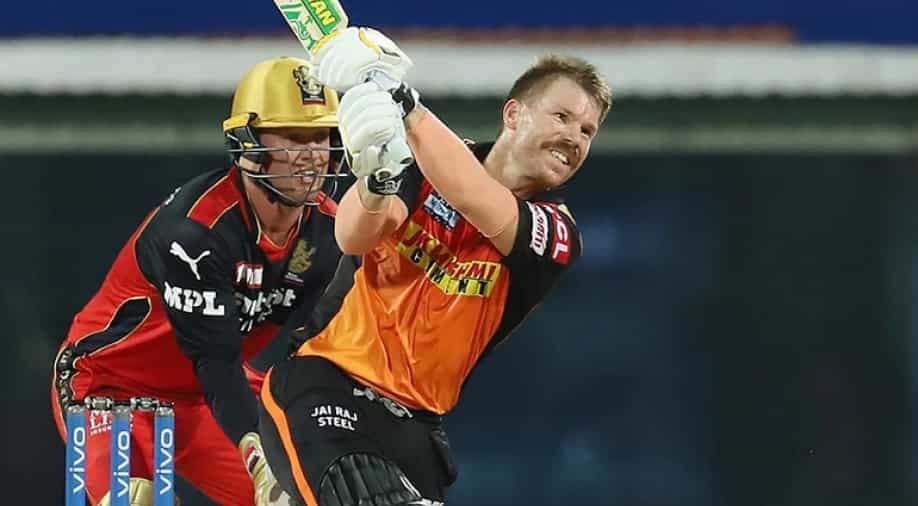 David Warner has all but confirmed he will not play for SRH again. | Photo - IPL | Photograph:( Others )

Former Sunrisers Hyderabad captain David Warner came up with a blunt response to a fan, who said he should be leading SRH once again.

Australia batter David Warner endured a woeful campaign with Sunrisers Hyderabad (SRH) in the Indian Premier League (IPL) 2021 resulting in a fallout between the two. Warner was first sacked from captaincy midway through the IPL 2021 season before being dropped from the playing XI. The fallout all but confirmed that SRH is looking beyond the Aussie opener and might release him ahead of the mega auction.

After a dreadful IPL campaign, Warne went on to have a memorable outing in the T20 World Cup 2021 where he ended up bagging the Player of the Tournament award for his 289 runs in seven matches for Australia. Warner scripted a fairytale redemption and played an instrumental role in helping Australia win their maiden T20 World Cup title in the UAE.

While there has been no official confirmation whether Warner will be retained by SRH or not, the Australian batter has himself clearly hinted at the end of his association with the franchise. He came up with a blunt reply to a fan on Instagram, who said Warner should return to SRH and lead the franchise once again in IPL 2022.

The fan mentioned the prospect of Tom Moody coaching SRH and Warner leading the side on one of the fan pages of the franchise, "No thanks", Warner wrote replying to the comment from the fan.

Warner has hinted that he is looking forward to leaving SRH ahead of the mega auction and might enter the auction pool. The Australian batter might also get picked by one of the two new franchises - Lucknow and Ahmedabad, who are both looking for captains and will be allowed to pick three players each from the pool of non-retained players.

Also Read: A look at players RCB, Punjab Kings, Rajasthan Royals and SRH might retain ahead of IPL mega auction

As per reports, SRH is keen on retaining only two players ahead of the mega auction - skipper Kane Williamson and star spinner Rashid Khan. November 30 is the deadline for the eight existing teams to share their final list of retained players.