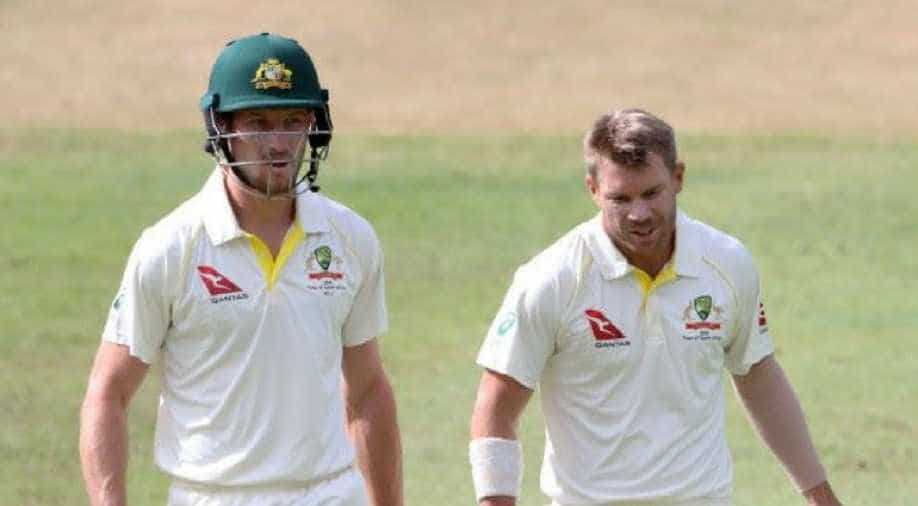 David Warner and Cameron Bancroft will return to competitive cricket from the month of July for the NT Strike League, Darwin. Former vice-captain of Australia, David Warner is serving a ban of 12 months and Bancroft was handed out nine-month suspension over a ball-tampering scandal in March 2017 while playing against South Africa but both the batsmen were allowed to play the domestic tournaments worldwide.

However, Bancroft is available for the entire tournament but David Warner will play only two 50-over matches on July 21 and 22.

"We're delighted that Cameron and David will be joining us in Darwin for the Strike League," said Northern Territory Cricket chief Joel Morrison in a statement.

"Their presence and experience will be invaluable for our local players."In a statement, David Warner said, "I'm really looking forward to playing in the Strike League in July"

"I heard so much about the competition while I was in Darwin earlier this month that I'm keen to be part of it," he added.

Along with Warner and Bancroft, former skipper Steve Smith was also banned for 12 months for his involvement in the ball-tampering saga.

All the three players are working to rebuild their careers as Steve Smith too set to make his return at an inaugural Global T20 Canada event in Toronto from June 28-July 15.