Danny Welbeck has surgery on ankle but recovery time is unclear 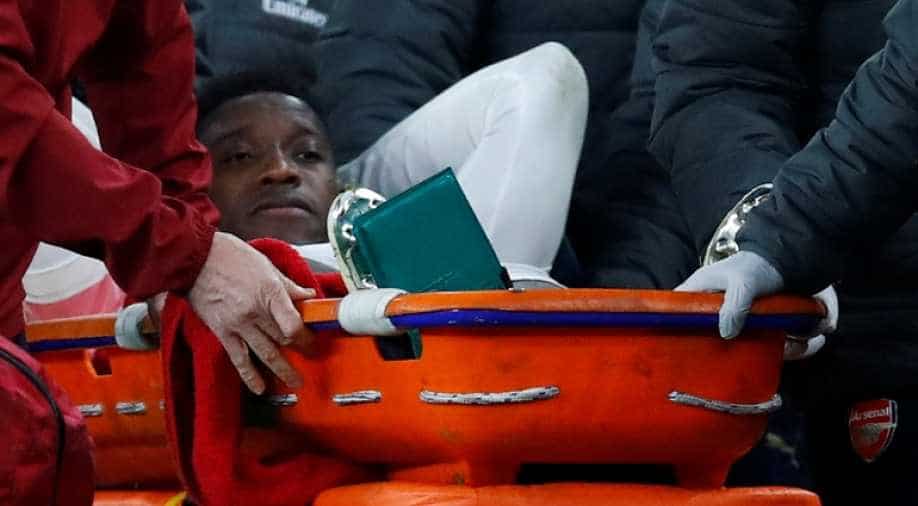 Arsenal's Danny Welbeck leaves the pitch on a stretcher after sustaining an injury. Photograph:( Reuters )

Arsenal striker Danny Welbeck had an operation on Friday, a day after breaking his ankle in his side's goalless draw against Sporting Lisbon, but it remains unclear how long his recovery will take, Gunners' manager Unai Emery said on Sunday.

Speaking after Arsenal's 1-1 draw with Wolverhampton Wanderers at the Emirates Stadium on Sunday, Emery confirmed the England international needed surgery after breaking his ankle in the midweek Europa League game.

Emery at first appeared to suggest that Welbeck could be back with the club before too long but he also made it clear that he had no idea how long the player's recovery from the "big injury" might take.

"We spoke with him yesterday and today... I think he's going to come with us in not a long time. He did the operation Friday," Emery said.

Asked if Welbeck could be back on the pitch before the end of the season next May, however, Emery said that he simply did not know.

"I think it's better the doctor say to you. It's a big injury. The doctor can say better than me," he said.