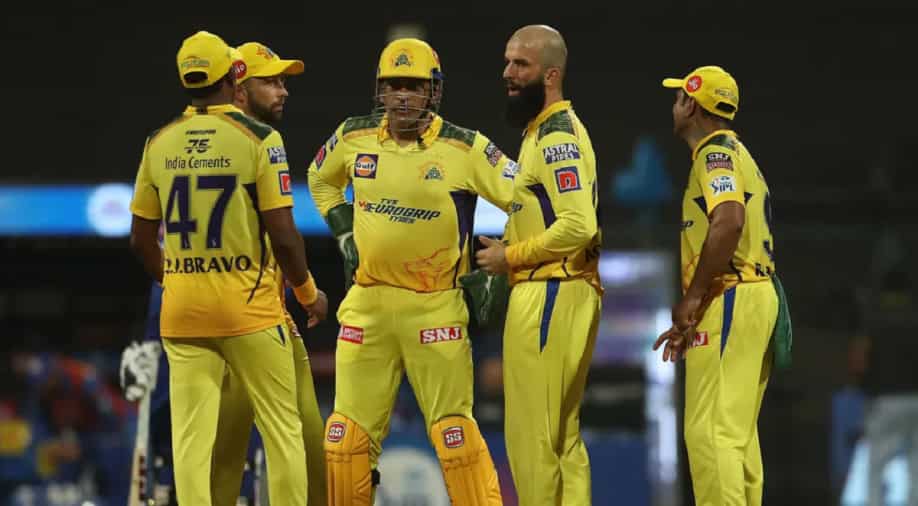 Former India spinner Harbhajan Singh has claimed CSK would have failed to qualify for the playoffs in IPL 2022 even if they had MS Dhoni as captain of the side right from the start of the season.

Chennai Super Kings (CSK) have endured a disappointing campaign in the ongoing Indian Premier League (IPL) 2022 as they find themselves reeling at the 9th spot on the points table having already been knocked out of the race for the playoffs. CSK lost four games in a row at the start of the season and failed to recover ever since as they became the second team after Mumbai Indians to bow out of the tournament this year.

CSK started the season with star all-rounder Ravindra Jadeja as captain of the side as MS Dhoni decided to step down from captaincy. They also missed the services of pacer Deepak Chahar, who has been one of the key players for the franchise and was their most expensive buy at the IPL 2022 mega auction.

With no Chahar in the squad, CSK's bowling attack struggled to deliver as Jadeja's captaincy stint got off to the worst possible start. After managing to lead the side to just two wins in 8 matches, Jadeja decided to hand back the reins to Dhoni leaving captaincy midway through the season.

While the results and team's confidence did improve with Dhoni taking the charge once again, it was not enough to propel CSK into the playoffs. Former India spinner Harbhajan Singh has now claimed CSK would have failed to qualify for the playoffs even if Dhoni had captained right from the start of the season.

Harbhajan believes without Chahar, CSK didn't have a team which could have challenged for a spot in the top four and that their fate would have remained the same even if Dhoni had not handed over the captaincy to Jadeja before the start of the season.

"Had Dhoni remained the captain of the team, CSK would benefit indeed, and would have sitting at a higher position in the points table, but they still wouldn't have qualified because they don't have the team. They don't have a strong bowling unit. Deepak Chahar, who was a wicket-taking bowler, was injured. Even the batters didn't play that well," Harbhajan said on Sportskeeda.

However, Harbhajan insisted CSK might have qualified for the playoffs even with their current squad had the tournament being played across India. The former CSK spinner said Dhoni & Co. play differently in Chennai and the home advantage could have made a difference for them.

"It [playing in Chennai] would have made a huge difference. Chennai would have definitely qualified for playoffs even with this team. Because when they play at home, they play differently. Delhi and Mumbai too have been strong in home conditions,” Harbhajan said.