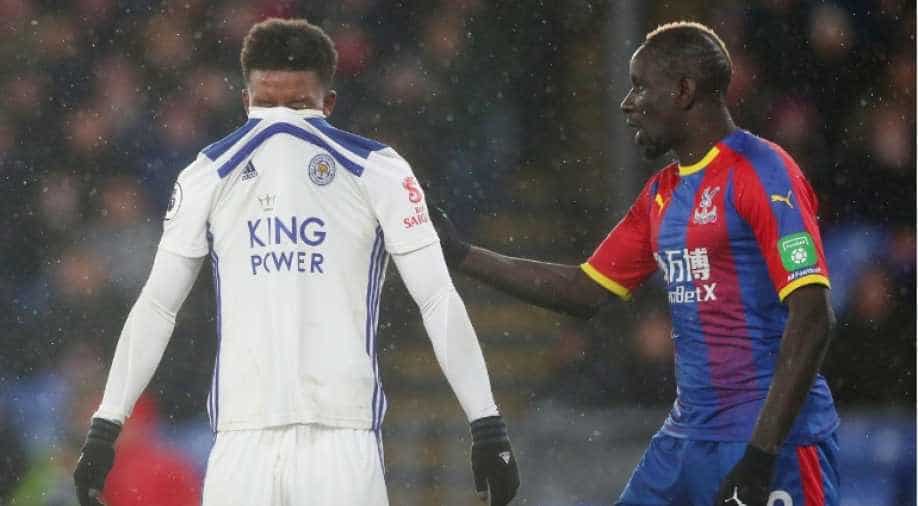 Leicester had the ball in the Palace net after 27 minutes but Jamie Vardy's effort was disallowed.

Crystal Palace moved five points clear of the bottom three in the Premier League when Luka Milivojevic scored to give the south London club a 1-0 win over Leicester City on Saturday.

Roy Hodgson's side had suffered a nightmare spell in the top flight, winning just one of their previous 11 Premier League games, but they broke the Wilfried Zaha curse by triumphing for the first time in 14 games without their influential forward.

Leicester had the ball in the Palace net after 27 minutes but Jamie Vardy's effort was disallowed.

The former England striker made the most of a poor touch from Crystal Palace goalkeeper Vicente Guaita on his Premier League debut and slotted the ball into the back of the net but he was adjudged to have fouled the keeper.

"The mentality now has to be about the next win," says @vguaita13

Leicester were made to pay as Milivojevic put Palace into the lead after 39 minutes with a stunning strike.

The Serbian midfielder picked up the ball 25 metres from goal and fired a powerful shot which flew past Kasper Schmeichel into the top left-hand corner.

Another Vardy shot was kept out after 79 minutes. Kelechi Iheanacho fed the ball into the path of the Leicester forward who, from a tight angle, looked to have equalised but his effort was pushed on to the inside of the post by Guaita and back into the arms of the Palace keeper.