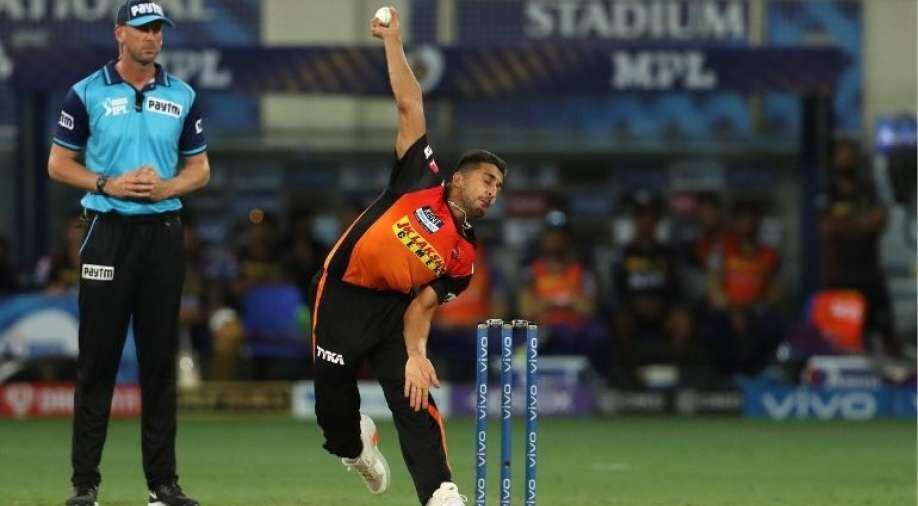 Umran Malik from Jammu and Kashmir set a record in the ongoing IPL by clocking speed of over 150kmph against Kolkata Knight Riders.

With a bowling speed of over 150kmph, cricketer Umran Malik from Jammu and Kashmir set a record in the ongoing IPL. The cricket association, his colleagues and family celebrated this feat of Malik.

Umran Malik made his debut with Sunrisers Hyderabad (SRH) in the ongoing Indian Premier League (IPL) on Sunday (October 03). The team was playing against the  Kolkata Knight Riders in Dubai.

''It's great news for the cricket and especially for the cricketers from Jammu and Kashmir. Umran has proven that if you have the will, you can achieve whatever you want to. 150kmph might sound easy but this is a very big achievement for Umran as well as all JK cricketers.'' said Parvez Rasool, International Cricket Player from Kashmir.

Umran was taken in as a short term replacement for T Natarajan. He was also a part of the Hyderabad contingent as a net bowler. He has previously played one T20 and List A match for Jammu and Kashmir and has picked up a total of four wickets.

The family of Umran Malik celebrated his success in the debut match. The father says he always knew that Umran would make him proud. He has always dreamt of seeing him in the Indian cricket team.

''My child has made a name for me and the whole country. It's the best news I have heard ever. We all were watching the match together. We were a little scared that it was his debut match and he might be tense. But he broke a record and that made us extremely happy.'' said Abdul Rashid Malik, Father of Umran.

He also added that ''We have always been supportive of him playing cricket. He is my only son and I have always supported him. I always taught him that he has to make it to the Indian National Cricket Team. And It's his dream to be a player in the Indian team.''

Heartiest congratulations to Umran Malik on IPL debut today from the Sunrisers Hyderabad Team. You have made the entire Jammu Kashmir proud. You are the inspiration for many young cricketers. Best wishes for your cricket career ahead. pic.twitter.com/Aau4ZcGNKh