Cricket: 'Would like to play all seven Tests this summer': James Anderson 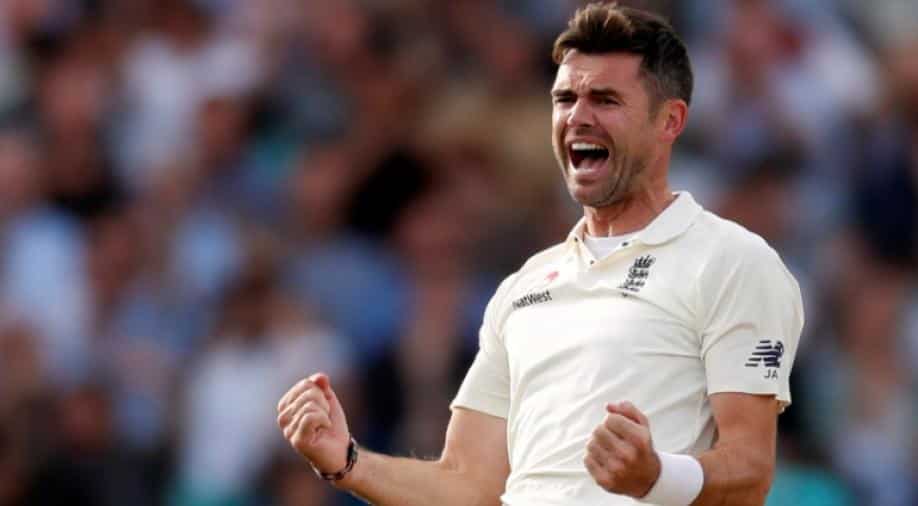 James Anderson said he couldn't imagine anything better than to play each of the seven Test matches this summer.

James Anderson said he couldn't imagine anything better than to play each of the seven Test matches this summer, beginning with the two-match Test arrangement against New Zealand in June and the five-match Test series against India.

The paceman, who is the most elevated Test wicket-taker among fast bowlers with 614 scalps, will turn 39 in July. James Anderson is set to rise to Alastair Cook's record of representing England in most Tests in the event that he starts in the impending Test against New Zealand at Lord's.

In a conversation with Sky Sports James Andreson said:

"Touchwood, I've not had career-threatening injuries. To get to 38 and be in that position makes me feel really privileged. Of course, you get injuries and have to bowl when it hurts a bit, but I actually get some pleasure out of that. Putting the hard yards in, that's when it means the most. Bowling 10 overs on a green seamer doesn't really do it for me. I want to put a shift in for the team when it's tough".

Britain will bolt horns with BlackCaps on June 2 in the first of the two-match Test series. In 14 Tests against New Zealand, James Anderson has gotten 60 wickets at an average of 26.8.

"I don't feel like I've played that many games. My body doesn't feel old or tired. I just absolutely love Test cricket. I've got a huge passion for it. Growing up, all I wanted to do is play Test cricket for England, and I'm honored I've been able to do it for this long," James Anderson added.

The seamer was most recently seen in action on the visit through India, where James Anderson played three Tests and took eight wickets. The 38-year-old delivered a masterclass in turn-around swing bowling in the second innings of the first Test, assisting England with winning their solitary Test of the arrangement by 227 runs.

These are immense numbers, an assertion to his life span and fitness, yet to his expertise and nous. They additionally say something regarding his craving toward the beginning of another rebuffing plan: two Tests against New Zealand, five against India, at that point five in Australia – all before the finish of January. Along these lines, indeed, he actually cares.

"Yes. I'd love to play all seven Tests this summer. There are five Tests against India after these two Tests against New Zealand, and then the Ashes after that. So, we want to start this summer well. So hopefully, if we do pick our strongest team we would like to think that we're both in that. And we'd love to share the new ball together, yes" - he told on cricinfo.com.

"Stuart and I have sent a few texts to each other saying it'd be nice if we did get to play together. Obviously, it's completely down to the coach and captain."

"But I think, from the team's point of view, we want to get some momentum going into a big summer" - he said.

James Anderson was sanguine England and Wales Cricket Board would loosen up its player rotation strategy, which would permit him and a few different cricketers to play more matches.

"The rotation in the winter was completely understandable with the amount of cricket we had and the amount of time in bubbles that we were spending. It's going to be slightly different this summer. If everything goes well, I think it will start to get relaxed. We won't be in the sort of bubble life that we've experienced in the last 12 months. So, there might be not as much reason to rest people."

Anderson felt that by dealing with the responsibility it was feasible to play more Tests.

"I know it's probably not that realistic to play all seven Tests. Especially with the depth, we have in the bowling group, it makes sense to keep everyone fresh. So, it's just a case of managing workloads. If I played the first Test and bowled 20 overs, then obviously I'd want to play in the second Test.

"But if it's a game where I bowled 50 overs, then you'd obviously review that. So yes, I'd love to play these first two. I know they're back-to-back, but there is a bit of a break after them.

"The five Tests against India might be a different story with back-to-backs in quite a quick succession. That might be where people get rotated a bit more" - he added.