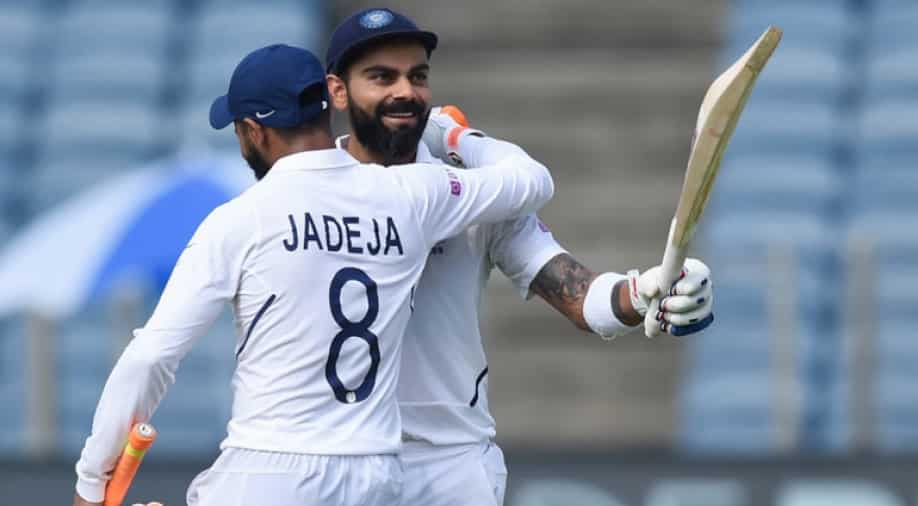 However, former England batsman Nick Compton is not impressed with the language Virat Kohli uses. In an interview with Sportskeeda, Compton said that Kohli’s way is to get very abusive.

"I do agree (others do it as well). (James) Anderson's got his ways. It's not just Kohli, I am not saying that. But his language is quite excessive. Anderson will do things in a different way. Kohli’s way is to get very abusive. He has got a good array of swear words that he uses. We don’t want to throw stones on this player and that player, otherwise we get into a big argument," Compton told SportsKeeda.

“Indian players must give it back (to England). I am not saying they shouldn’t be aggressive. I think (Ravindra) Jadeja has got that in him. I think that you do get a good mixture within the team. There are different ways to being aggressive. Kohli can probably do it in a more intelligent way, without having these abusive fights. Sometimes the best way is to say nothing and go out there and get a hundred," he added.

“I think we should let it go on. We need some theatre and entertainment. We need characters in the game, Kohli is a character. He brings a lot to cricket. I am a real admirer of him as a player. His leadership is sometimes overemotional. But I think he has brought a lot to cricket. It is important that characters are brought in. You don’t want the match referee stepping in every time everyone says something. Otherwise, the game just becomes over-governed. It becomes like naughty school children in the playground. These are adults, these are international professional cricketers.

"A bit of banter, there's definitely a place to use that. It just needs to be done in the right way. Kohli's got to realise that he is an inspiration to other young players. Using foul-mouthed language, I don't think it is necessary," he signed off.

Earlier, Compton had tweeted that 'Kohli is the most fouled mouthed individual'.

In a tweet, that was later deleted, Compton said: "Isn't Kohli the most foul mouthed individual. I'll Never forget the barrage of abuse I received in 2012 when the swearing stunned me to the point that he did himself a serious disservice. It highlights what a level headed and grounded man Root, Tendulkar, Williamson et al are".