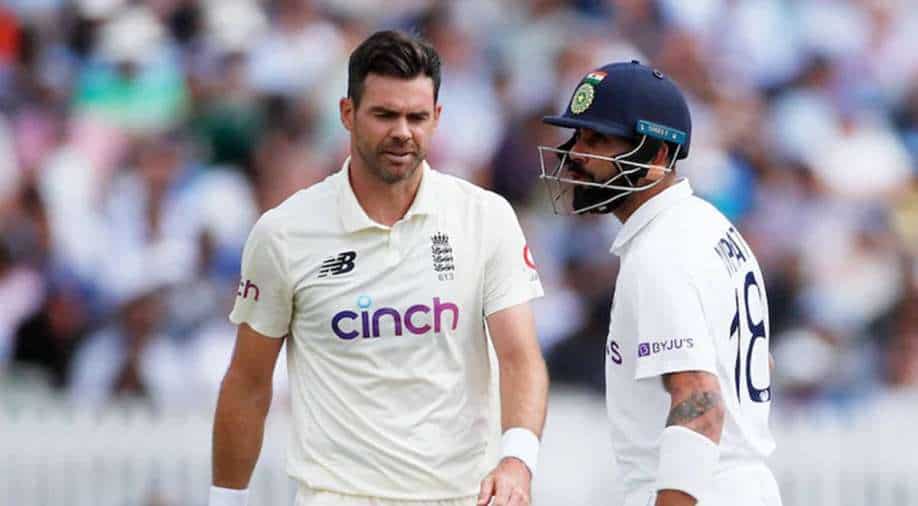 The incident took place during the first session of India's second innings when the Men in Blue lost their openers quickly.

Indian captain Virat Kohli and England pacer James Anderson renewed their rivalry on Day 4 of the second Test at Lord's as the duo got into a heated banter.

ALSO READ: Cricket - England announce their squad for the third Test against India

The incident took place during the first session of India's second innings when the Men in Blue lost their openers quickly.

In the 17th over, Kohli engaged in a war of words with England pacer Jimmy Anderson. The Indian captain pointed out that the pacer was seemingly running on the danger zone of the pitch, which did not please Anderson and said something to Virat Kohli.

“You swearing at me again are you? This isn’t your fu**ing backyard,” Kohli hit back at the pacer's comments. Anderson still continued after the fifth ball to which Kohli replied: "Chirp chirp chirp. This is what old age makes you."

Days later the clip of their complete verbal banter has gone viral on social media.

KL Rahul, in the post-match conference, addressed the issue and said that if the opposition will engage with one of their players then the whole team will give it back.