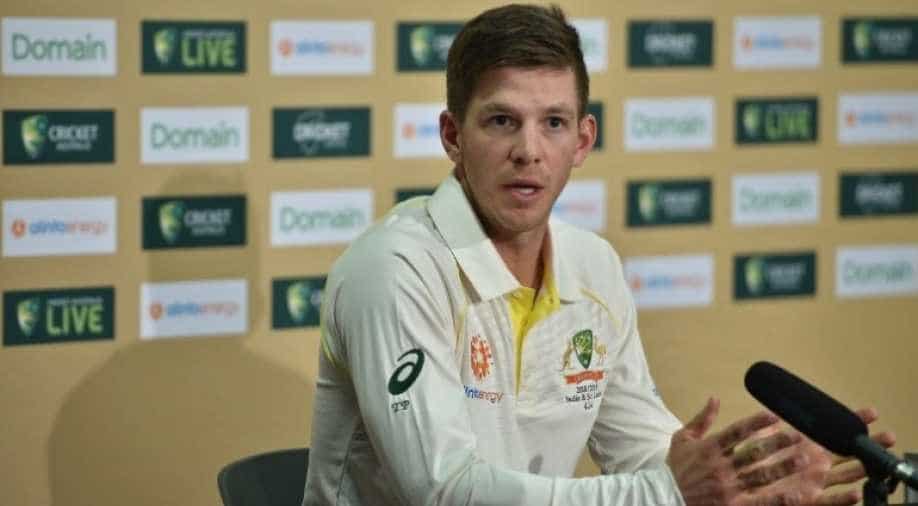 The Test skipper commended Marnus Labuschagne for his inherent capacity, backing him to turn into an extraordinary skipper for Australia.

Tim Paine has backed Marnus Labuschagne to assume control over the captaincy in the future. The Test skipper commended Labuschagne for his inherent capacity, backing him to turn into an extraordinary skipper for Australia.

Labuschagne has ascended to No.3 in the Test rankings since making his first appearance in 2018 and is an essential machine gear piece in Australia's Test series.

Paine addressed the media, where he asserted Labuschagne is headed to getting one of Australia's new leaders.

“He's got some real natural leadership ability and if that's harnessed and helped, I think he'll be a great captain. He's got leadership in him, there's no doubt about that – the way he goes about it, the way he treats people, the way he works on his game, with some time (he) will become an excellent leader for this squad," Paine said.

Labuschagne hasn't had a lot of captaincy experience, with Queensland veteran Usman Khawaja generally taking up the captaincy job for the side. In any case, Paine was unreserved in his recognition for the 26-year-old, recommending how Labuschagne is the future of Australian cricket.

"I think he'd be a good leader, Marnus is a great thinker of the game. He's a good team man, he's got so much enthusiasm for his team and the game. With Marnus it's about him evolving into leading more and being more of a leader. He's come into our group and been a really infectious, energetic guy which has been fantastic for our team, but I think in terms of our cricket team improving and Marnus evolving, I think in the next couple of years we'll definitely see him take the step up” - he added.

Paine isn't the solitary Australian who sees authority potential in Marnus Labuschagne. Ricky Ponting had anticipated the humble batsmen would be in the captaincy figuring in 2020.

For the present, Labuschagne stays an external pick for Australia's captaincy. Steve Smith and Pat Cummins stay in front of him in the hierarchy as Australia venture up their making arrangements for their next era in worldwide cricket.