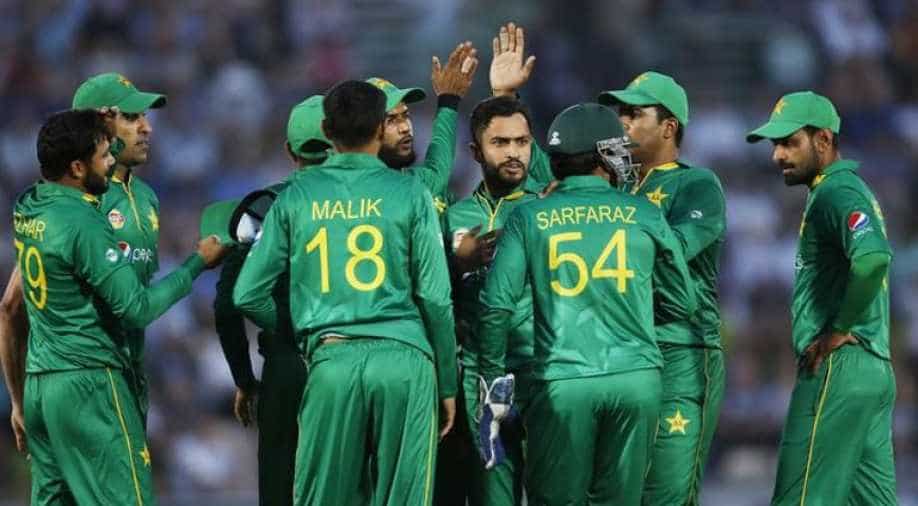 This also comes before the June 4 Champions league match between India and Pakistan?in Cardiff.? Photograph:( Reuters )

Pakistan have announced their squads for their forthcoming tours against England and West Indies.

Pakistan have announced their squads for their forthcoming tours against England and West Indies. The team will play three ODIs and three T20Is in a visit through England, prior to going to the Caribbean for five T20Is and two Tests against the West Indies.

The Pakistan selectors have reviewed a couple of experienced heads for the impending tours, with a few uncapped players in the squad.

Haris Sohail gets back to the ODI side, while Imad Wasim is essential for the T20 series. Uncapped adolescent Saud Shakeel, who missed out on the South Africa ODIs because of injury, has been called up for the ODI arrangement. The equivalent goes for Salman Ali Agha, who makes the ODI squad yet makes it to the Test squad.

There are debut openings for 22-year-old  Azam Khan, with the young weapon being another section in Pakistan's T20I crew. Veteran spinner Yasir Shah's consideration is dependent upon fitness since he is yet to completely recuperate from the knee injury that sidelined him during the Zimbabwe Tests.

Fakhar Zaman has been held in the T20I crew in the wake of being added as an extra player for the Zimbabwe T20Is. Salman Agha has been called up to the ODI squad as well.