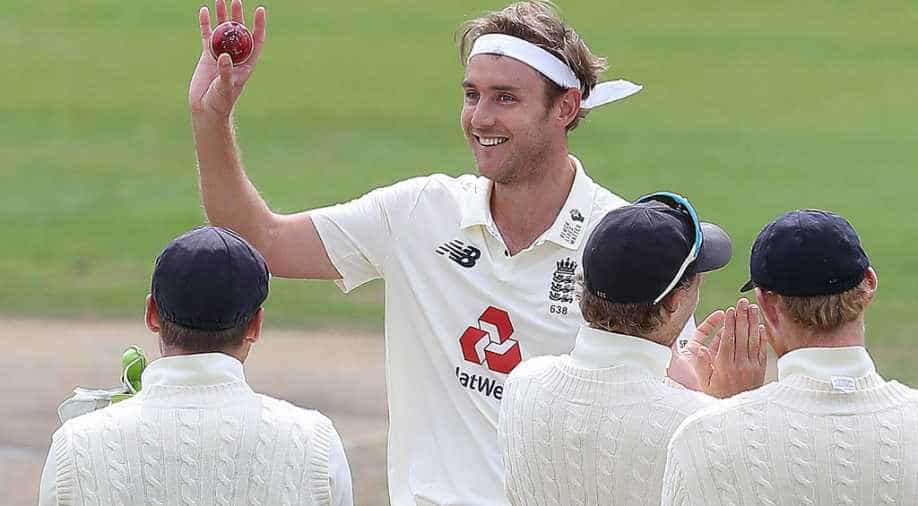 Stuart Broad has expressed there will be no reasons when England go head to head against India in the five-match Test series in the not-so-distant future in August.

Stuart Broad has expressed there will be no reasons when England go head to head against India in the five-match Test series in the not-so-distant future in August. Stuart Broad featured how because of hectic schedules and COVID-19, they set up a weakened side against New Zealand, which prompted their first Test series loss at home in quite a while.

With three high-profile series coming up - 5 a match Test series against India, the T20 World Cup, and the Ashes - Broad backed the group's choice to rest some players like Jos Buttler, Chris Woakes, Moeen Ali, and Jonny Bairstow. Nonetheless, Stuart Broad rushed to add that there will be no space for pardons when they go head to head against India later.

In his segment for Daily Mail, he wrote: "It’s heartbreaking to lose a first home Test series in seven years but let’s be realistic due to schedules, Covid and bubbles, we were a weakened side. We will want our full-strength team on the field against India, in the Twenty20 World Cup and the Ashes. If we had our top team against New Zealand, where would we have given players a break? However, there will be no excuses when it comes to results from the India series onwards."

India last visited England for a Test series in 2018, where the hosts arose successfully serenely by an edge of 4-1. The Men dressed in Blue have taken goliath steps from that point forward in the longest format, and many anticipate that they should give the English side a harder test this time around.

England's batting order went under examination for the manner in which they gave up against New Zealand at Edgbaston in the subsequent Test. Different specialists were bewildered by the methods of a portion of England's batsmen.

Stuart Broad expressed that he had compassion toward a portion of his partners however added that living with such analysis is an integral part of cricket at a high level.

ALSO READ: Beauty about Test cricket is you are always aspiring to be perfect, says Ravichandran Ashwin

"I had sympathy for some of the batsmen when their techniques were being dissected but at the top level, you also deserve criticism at times. We drove at balls we didn’t need to drive at, were dismissed in ways that New Zealand planned to dismiss us — falling into traps is actually the most disappointing thing in Test cricket for a batsman" - he added.

Before the Test arrangement against India, England will play a three-match T20I and three-ODIs against Sri Lanka beginning on June 23.