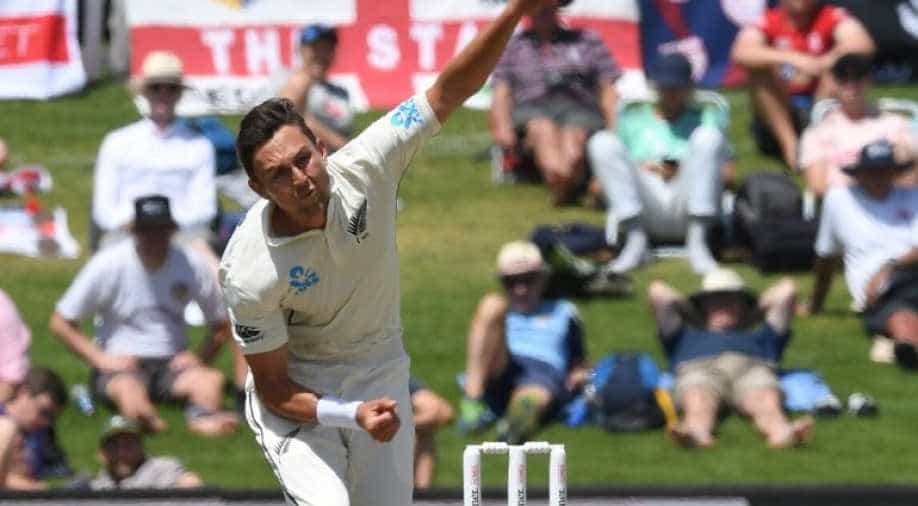 Williamson said the team’s training session late on Wednesday would likely determine the availability of Boult, who had managed to get through training on Tuesday

New Zealand's Trent Boult remains a doubt for the first Test against Australia due to a side injury but captain Kane Williamson says he will give the pace spearhead every chance to prove his fitness before the match begins in Perth on Thursday.

The tourists are sweating on the fitness of their ace quick with the pink ball used in the inaugural day-nighter at Perth Stadium set to suit Boult’s penchant for swing.

Williamson said the team’s training session late on Wednesday would likely determine the availability of Boult, who had managed to get through training on Tuesday.

"We’re going to have another look at (Boult) today before deciding anything tomorrow,” he told reporters on Wednesday.

“I think you look at it as a long-term decision in terms of this whole series. He has tracked really nicely and felt really good yesterday.”

“Ross is fine, just a bit of a knock but nothing major. Colin is tracking nicely,” he said.

Uncapped fast bowler Lockie Ferguson could make his test debut on an expected fast, bouncy Perth pitch, which is expected to deteriorate with fierce heat forecast for most of the match.

“It’s exciting we’ve got Lockie in our squad to consider him,” Williamson said. “It’s exciting to have a guy in our camp who can bowl at that speed.”

Both teams are to wear black armbands as a tribute to the victims of New Zealand’s White Island volcano eruption and Williamson said the news had been a shock.

"It’s very hard to comprehend. When a tragedy like this happens it’s such a shock,” he added.