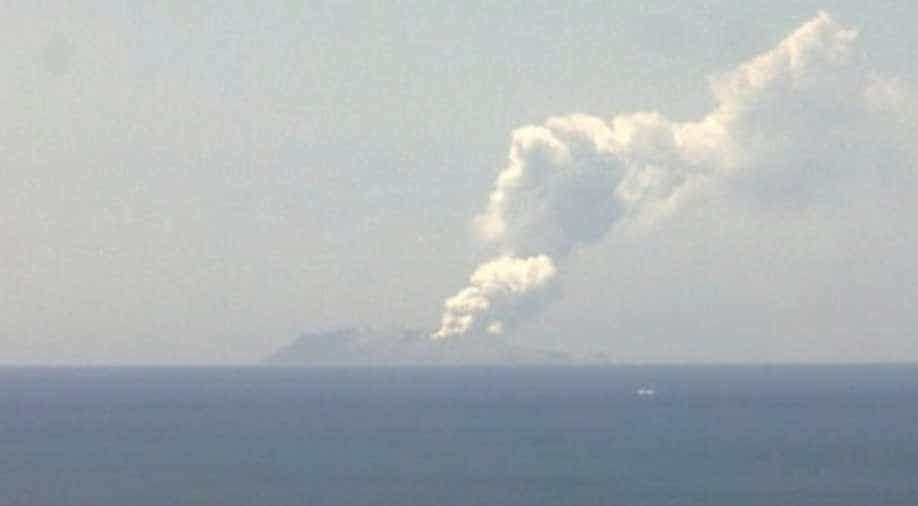 The eruption made the area immediately around the island hazardous, the National Emergency Management Agency said in an emailed statement.

A volcano erupted in New Zealand on Monday, spewing a plume of ash thousands of feet into the air, with Prime Minister Jacinda Ardern saying tourists were among several people unaccounted for as emergency services mounted a rescue operation.

As many as 100 people were in the vicinity when the eruption began about 2:11 p.m. (0111 GMT) on White Island, about 50 kilometres (30 miles) from the east coast of North Island, authorities said, sending up smoke visible from the mainland.

"We believe 100 people were on or around the island," Prime Minister Jacinda Ardern told a news conference, adding that a rescue operation had begun, although it was too early to confirm any injuries or deaths.

"A number of people are reportedly injured and are now being transported to shore," she added. "It does appear to be a very significant issue...particularly the scale of people affected, at this stage."

Many of those affected could be tourists, she said.

"I'm not sure if these people were on the island or near it, but there was definitely one group out there and they definitely needed medical care," said Judy Turner, the mayor of the coastal town of Whakatāne, near White Island.

"There were some injuries and the focus is on getting these injured people back safely and to get them to a hospital."

There seemed to be no danger for people in coastal areas farther away, she added.

The island's immediate surroundings were hazardous because of the eruption, the National Emergency Management Agency said in a statement, adding that falling ash might affect some areas.

The "short-lived eruption" threw an ash plume about 12,000 ft (3,658 m) high, New Zealand's geoscience agency GNS Science said in a statement but added there were no current signs of an escalation.

The White Island volcano is one of New Zealand's most active.