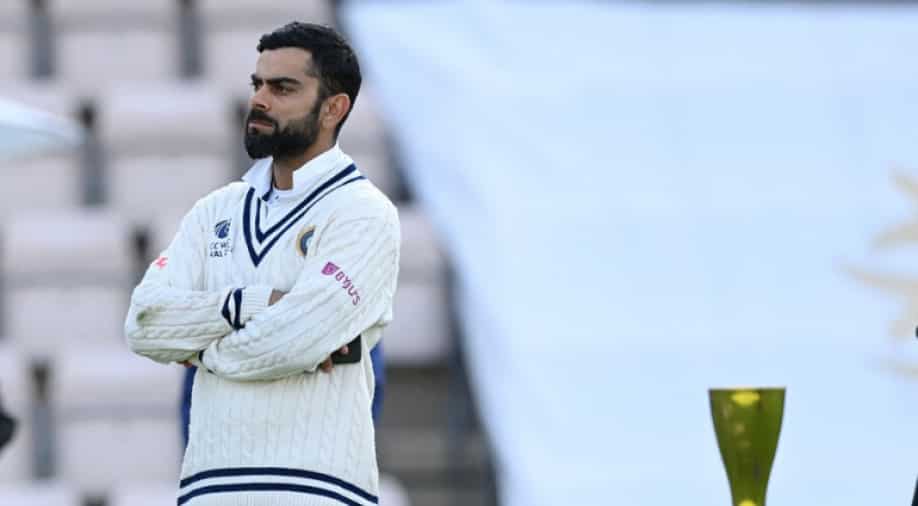 For the Indian skipper, winning in England is just winning elsewhere and it's about the team culture of taking a stab at victory.

The cricket fans are excitedly hanging tight for the eagerly awaited five-match Test series between England and India which gets under from August 4 in Nottingham.

Ahead of the first match, Virat Kohli spoke with former Indian wicketkeeper-batsman Dinesh Karthik during which the Indian skipper uncovered his point of view to play a Test match on English soil. He said it takes 'relentless madness’ and single-minded pursuit of excellence to win a Test series here.

“I’ll answer your second question first, it takes 'relentless madness and the pursuit of excellence' every day on a series of five tests, to tell you that I want to do the hard work and that I want to find myself in tough situations every test match every day," he said.

For the Indian skipper, winning in England is just winning elsewhere and it's about the team culture of taking a stab at victory.

“To answer your first question, for me personally it means nothing more than winning a test match or test series anywhere else in the world. Like I said, to me these things aren’t career anecdotes or career milestones," he said.

“We get on the pitch and we compete and we look to win every test match, that’s what matters most to me, because again, it’s a culture, it’s results,” he added.

“For Indian cricket, it will be a huge thing and we have done it before and we can do it again, but this culture is what is dearest to me and I will do whatever I can, even if you lose a test match," said the Indian skipper.

“I want us to aim for the win and not surrender and try to save a test match on the third or fourth day, that’s just not acceptable to me,” he added

“So for me, as I said, the milestones don’t matter. If I had played for milestones in my career, I probably wouldn’t have half of what I have right now. My state of mind is quite clear and for us, it’s just the pursuit of excellence," he concluded.