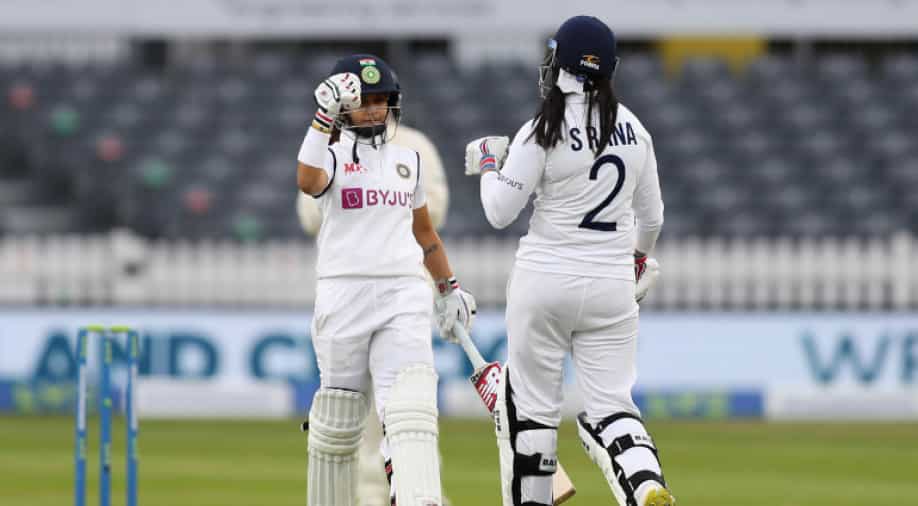 India Women drew their lone Test match against England Women in the 2021 English summer. The home side won the toss and chose for bat first at Bristol.

Half-centuries from Heather Knight, Tammy Beaumont, and Sophia Dunkle directed England Women to 396/9 in their first innings. In answer, India Women's openers Shafali Verma and Smriti Mandhana sewed up an epic partnership of 167 runs for the primary wicket.

In any case, India Women endured a collapse after the primary wicket fell. Made to follow on subsequent to being excused for 231 in their first innings, because of England's 396 for 9 declared, India Women disintegrated to 199 for 7 in the subsequent innings and appeared to tear towards a difficult loss.

Notwithstanding, Test debutants Sneh Rana and Taniya Bhatia included in an extraordinary ninth-wicket stand to baffle the England bowling. The pair added 104 runs to break England's purpose and secure an acclaimed escape for India Women.

Sneh Rana batted for 195 minutes and scored an unbeaten 80 out of 154 balls with the guide of 13 fours. At the opposite end, Taniya Bhatia involved the wrinkle for 115 minutes and stayed unbeaten on 44 from 88 balls. India made 344 for 8 of every 121 overs in their second innings as the Test finished in a draw.

Shafali Verma was awarded the Player of the Match award on her Test debut. The 17-year-old made another record for the most sixes by a player in women's Test cricket history.

Shafali Verma missed out on her maiden Test ton by only four runs in the first innings. In the subsequent innings, she scored an 83-ball 63. Shafali Verma will anticipate proceeding along these lines in the impending games and go on to be the face of Indian cricket in the near future.

Deepti Sharma was another top entertainer for India Women in this game. She was the lone survivor on 29* in the first innings when England Women went through the Indian batting order.

She got advancement to number three in the subsequent innings, and she didn't baffle as the 23-year-old played a patient thump of 54 runs. Deepti Sharma played 168 balls for her 54 runs and expanded the odds of India Women drawing the one-off Test match.

Sneh Rana lost her father two months prior to a cardiovascular failure. The Railways-hailed cricketer was in melancholy when a call-up to the Indian Test, ODI, and T20 teams for a visit to England brought back her grin. She needed to satisfy her father's desire - to see her do well for the Indian team. Playing her first Test, off-spinner Sneh Rana sacked four wickets in the first innings against England ladies in Bristol on her debut and committed the appearance to her late father.

Relatively few expected bowling all-rounder Sneh Rana to proceed as astonishingly with the bat as she did. Sneh Rana, making her Test debut, stayed not out on 80 off 154 balls in the subsequent innings.

She assumed a vital part in denying England Women a triumph. Indian fans will trust that she keeps contributing similarly in the following installations.