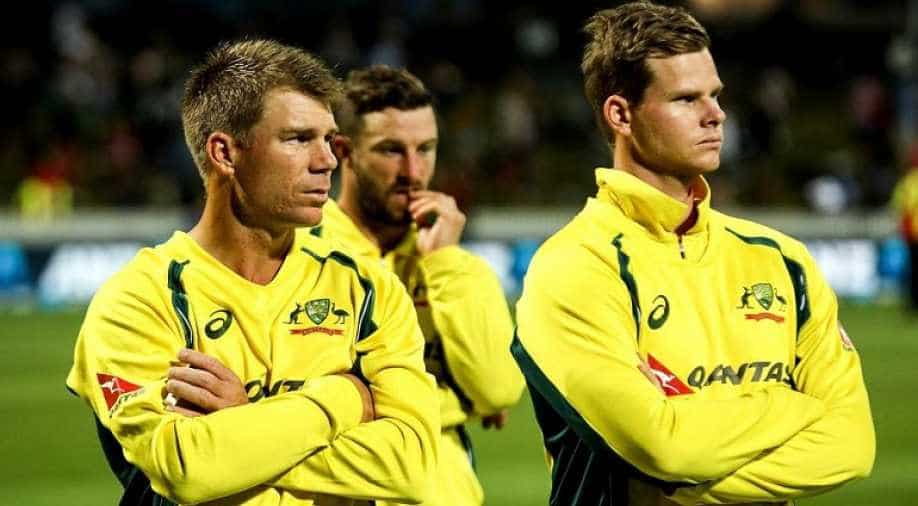 In response to the Australian Cricketers' Association's plea to bring Steve Smith, David Warner and Cameron Bancroft back before their original bans would end, Cricket Australia has released an official statement on Tuesday to deny it.

The trio was banned from state and international cricket for 12 months over the incident in South Africa in March, while Bancroft was suspended for nine months and after CA's ruling, they will have to serve their full bans.

CA interim chairman Earl Eddings said the board had "determined that it is not appropriate to make any changes to the sanctions handed down to the three players".

There has been pressure on the governing body to reinstate the players amid a recent poor run of results.

Eddings reinforced the unanimous decision of the Board stating: "Despite the absence of any recommendation regarding the sanctions in the recently released Ethics Centre Review, the Board has deliberated on the ACA's submission at length. We have reconsidered the sanctions as they apply to each of Steve, David and Cameron in light of the ACA's submission and the Ethics Centre Review and Recommendations."

The Cricket Australia Board has released a statement in response to the Australian Cricketers' Association submission. https://t.co/9RyxC9V1fW pic.twitter.com/H50HMmSSBE

"The original decision of the Board to sanction the players was determined after rigorous discussion and consideration. CA maintains that both the length and nature of the sanctions remain an appropriate response in light of the considerable impact on the reputation of Australian cricket, here and abroad."

"Steve, David and Cameron are working hard to demonstrate their commitment to cricket and have our continued support to ensure their pathway to return is as smooth as possible."

"We believe the ongoing conversation about reducing the sanctions puts undue pressure on the three players – all of whom accepted the sanctions earlier this year - and the Australian men's cricket team. As such, the Cricket Australia Board doesn’t intend to consider further calls for amendments to the sanctions."

"Though we recognise that this decision will be disappointing for the ACA, we thank them for their submission.  Our commitment to continue building a strong relationship between CA and the ACA in the interests of cricket in Australia remains and we look forward to meeting with them shortly to that end," concluded Eddings.

Steve Smith, David Warner and Cameron Bancroft were found in breach of Article 2.3.5 of the CA Code of Conduct, namely that their conduct:
(a) was contrary to the spirit of the game;
(b) was unbecoming of a representative or official;
(c) is or could be harmful to the interests of cricket; and/or
(d) did bring the game of cricket into disrepute.