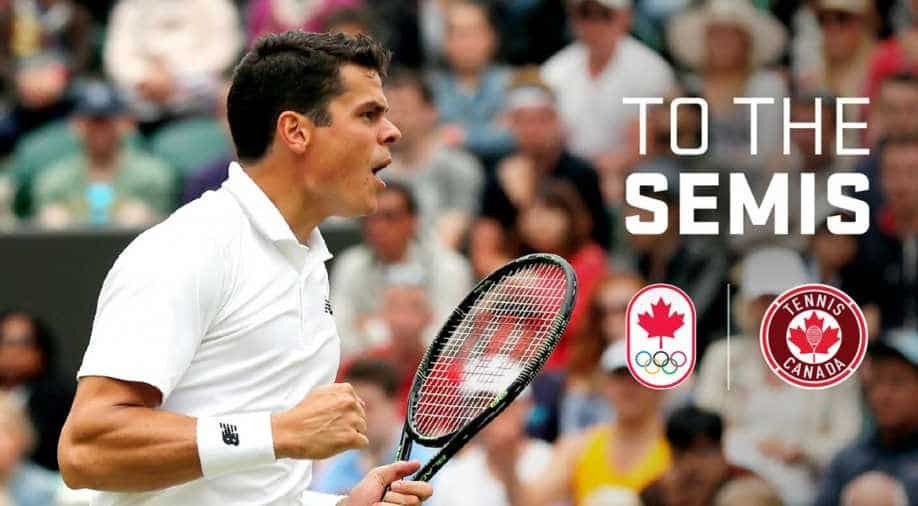 The 28th seed Sam Querrey raised his game to finally break Canadian Milos Raonic's serve in the third set and take the match into a fourth. Photograph:( Twitter )

The influence of John McEnroe, a new addition to his coaching team, was apparent as sixth-seeded Raonic charged into the net behind his booming first serves and confounded American Querrey with a succession of deft winning volleys.

So great was the 25-year-old's control of the first two sets that he lost just seven points on his serve during that period and faced no break points, in a display at times reminiscent of Pete Sampras in his heyday.

Querrey, for his part, was not able to produce the kind of scintillating form from the baseline that saw him dump world number one Novak Djokovic out of the tournament.

The ferociously whipped topspin forehand that had served the American so well in previous matches misfired at critical times against Raonic.

The 28th seed raised his game to finally break the Canadian's serve in the third set and take the match into a fourth. Raonic failed to reproduce the champagne tennis of the early stages, but nonetheless reasserted his dominance to close out the match and reach his second Wimbledon semi-final.