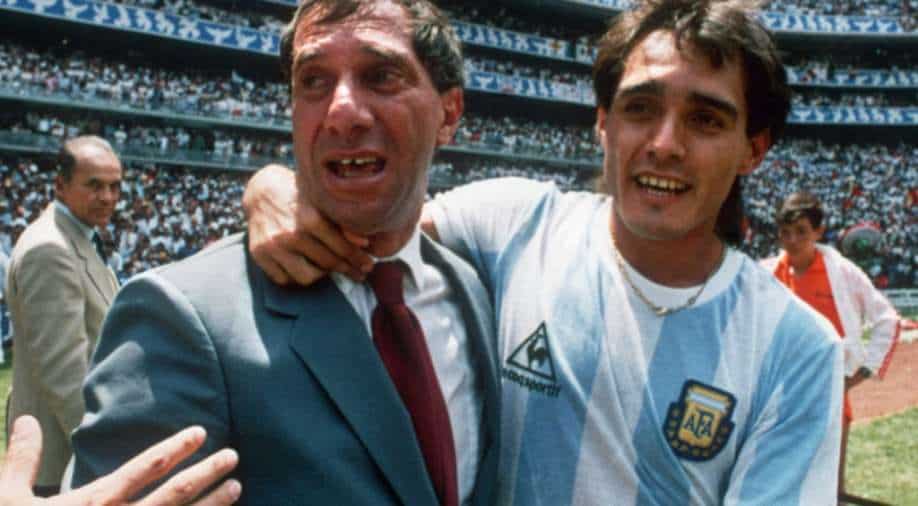 "I was surprised to hear about Diego dying. Maradona was always a very difficult patient. He was a wonderful guy, the best", as quoted by Diario AS.

Diego Armando Maradona's death sent shock waves across the world including his former coach Carlos Bilardo, who guided Argentina to glory at the World Cup in Mexico in 1986.

IN PICS| Diego Maradona, unabashed and outspoken: Most famous quotes by Argentine legend

According to Carlos's brother Jorge Bilardo, when the news broke, the family had to turn the television off so that Carlos wouldn't hear the tragic news as they knew he would take it badly.

"I was surprised to hear about Diego dying. Maradona was always a very difficult patient. He was a wonderful guy, the best", as quoted by Diario AS.

IN PICS| 'It is very special place': Diego Maradona's love for Kolkata

Jorge also talked about the moment when Carlos named Maradona as Argentina captain. He said: "When Carlos told Diego he would be Argentina captain, he just mentioned it casually and left the room. Diego sat there crying with emotion."

Earlier, Napoli's players honoured club legend Diego Maradona on Thursday by stepping out onto the pitch wearing his number 10 jersey before their 2-0 Europa League win over Rijeka.

"Diego is a legend and will never die," said Napoli coach Gennaro Gattuso.

"Since yesterday you could see that the city breathed a different atmosphere.

"We hope to dedicate something important to him and win a trophy.

"In this city we have talked about it for too many years."