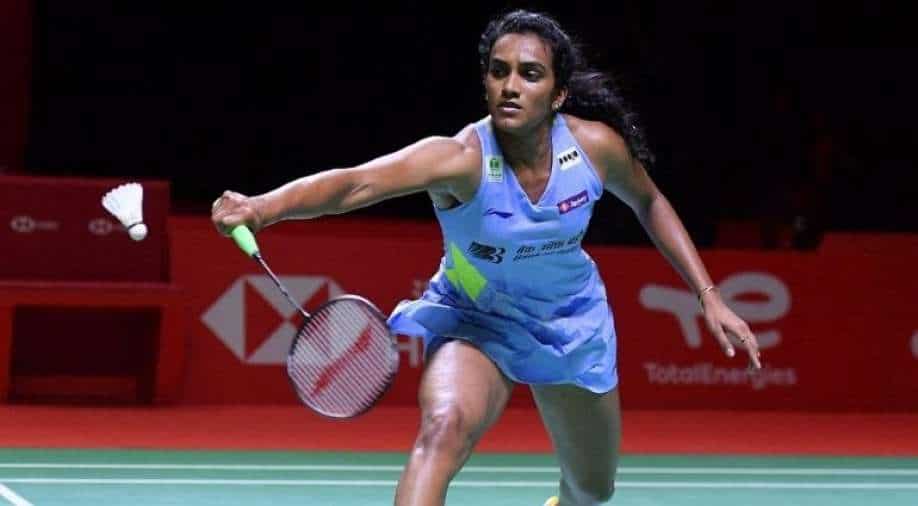 Sindhu, a two-time Olympic medalist, will play top seed and world number one Tai Tzu Ying of Chinese Taipei in the quarterfinals.

On Thursday in Huelva, India's PV Sindhu defeated Thailand's Pornpawee Chochuwong 21-14 21-18 in the Round of 16 of the ongoing 2021 BWF World Championships. Sindhu, the defending champion, has advanced to the quarter-finals.

The two-time Olympic medalist got off to a good start, grabbing a 5-1 lead in the first game. Her Thai opponent fought back, cutting the lead to 4-5. Sindhu rushed to the lead once more, turning the score 7-4 in her favour.

The ninth-seed Thai girl fought hard once more to tie the game at 9-9. The sixth-seeded Sindhu then stormed ahead again, scoring 5 points in a row to increase her advantage to 14-9, and she never looked back, taking the first game 21-14.

Sindhu, a five-time world champion, opened the second game similarly, gaining a 3-0 lead. However, Thai shuttler Chochuwong fought her way back, winning four points in a row and gaining a 4-3 lead against the Indian.

The World No.7 shuttler from Hyderabad stretched her advantage once further, winning four points in a row to make it 7-4. She never looked back after that, making it 11-6 at the second game break.

She came back even stronger after the interval, gaining a 7-point lead with the score 17-10 in her favour. Pornpawee Chochuwong made a few excellent strokes, but she couldn't bother Sindhu enough to win the match as the two-time Olympic medalist took the second and penultimate game 21-18.

The reigning champion Sindhu won the match 21-14 21-18 in 48 minutes, increasing her head-to-head advantage against world no. 10 Chochuwong to 5-3 and also recording her first win over the opposition after two consecutive defeats.

Sindhu will play top seed and world number one Tai Tzu Ying of Chinese Taipei, who overcame Kirsty Gilmour of Scotland in the quarterfinals 21-10 19-21 21-11.

Sindhu, who received a first-round bye, had defeated Slovakia's Martina Repiska in the second round on Tuesday, 21-7 21-9.