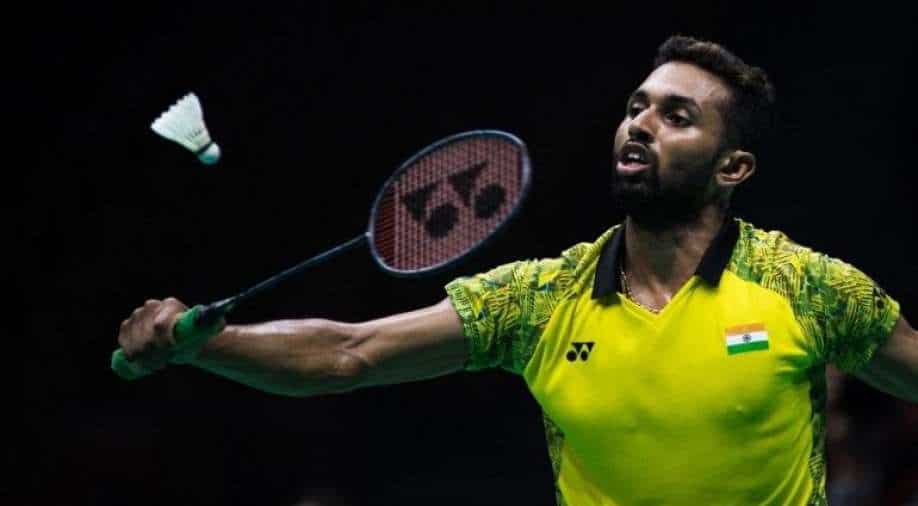 Prannoy joined two other Indians, Kidambi Srikanth and Lakshya Sen, in the men's singles pre-quarterfinals of the showpiece tournament.

HS Prannoy of India advanced to the pre-quarterfinals of the BWF World Badminton Championships here on Wednesday with a straight-game victory over Malaysia's Daren Liew.

In the pre-quarterfinals, he will face the winner of another second-round match between Luis Enrique Penalver of Spain and Rasmus Gemke of Denmark.

Prannoy entered in the men's singles pre-quarterfinals of the showcase competition alongside two other Indians, Kidambi Srikanth and Lakshya Sen.

Winning his second match at the TotalEnergies BWF World Championships 2021 has given @PRANNOYHSPRI 🇮🇳 further motivation in his battle against long Covid.#BWFWorldChampionships #Huelva2021https://t.co/TdfmIcX8Yr

Liew proved to be no match against Prannoy in the first game. The Indian grabbed eight straight points from 8-5 to 16-5 before easily pocketing it.

The second game was more evenly contested, with the two players tied at 6-6. Prannoy never trailed again after that, cruising to a 16-11 victory. The Malaysian closed the lead, but Prannoy took the second game and the match 19-16.

Ashwini Ponnappa and N Sikki Reddy, the women's doubles duo, also advanced to the pre-quarterfinals following a hard-fought 21-11 9-21 21-13 triumph against the Chinese pair of Liu Xuan Xuan and Xia Yu Ting in a 51-minute second-round match.

However, in the men's doubles, the Indian duo of MR Arjun and Dhruv Kapila were defeated 11-21 16-21 by the 11th seeded Russian pair of Vladimir Ivanov and Ivan Sozonov in a 41-minute second round encounter.

Defending champion PV Sindhu advanced to the women's singles pre-quarterfinals with an easy 21-7 21-9 win against Martina Repiska of Slovakia on Tuesday. Sindhu received a first-round bye. In the pre-quarterfinals, she will meet Pornpawee Chochuwong of Thailand.