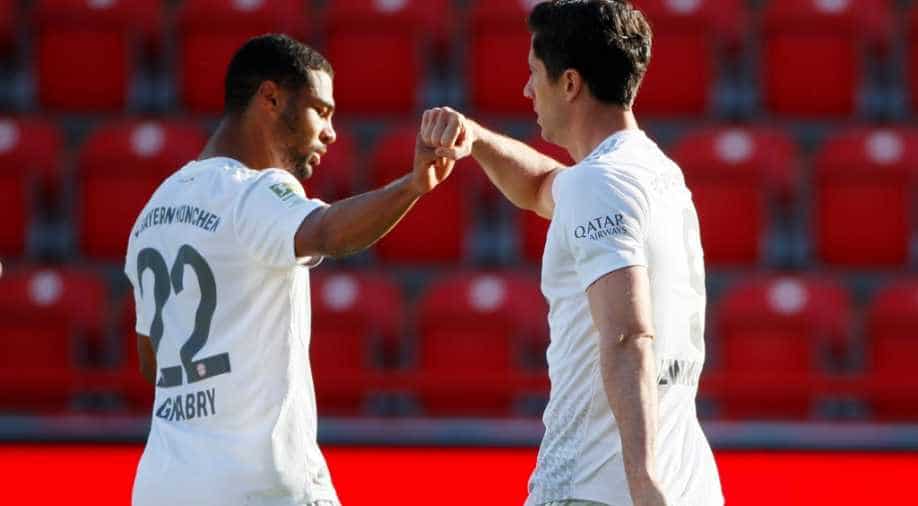 Bayern Munich on Sunday started the Bundesliga 2019-20 season post its resumption with a comfortable 1-0 win over Union Berlin at the Stadion An der Alten Forsterei as the Bavarians extended their lead at the top of the standings.

Bayern Munich on Sunday started the Bundesliga 2019-20 season post its resumption with a comfortable 2-0 win over Union Berlin at the Stadion An der Alten Forsterei as the Bavarians extended their lead at the top of the standings. Robert Lewandowski was on the scoresheet for the visitors as the Polish forward extended his rich-run of scoring form with his 26th goal of the season in the German top-flight league.

The surprise package of the Bundesliga 2019-20 season, Union Berlin started on a positive note before Bayern Munich’s player quality became evident and the Bavarians started dominated the possession. While both teams looked a bit rusty, quite understandable due to lack of football in the last couple of months, Berlin did create a good couple of chances early on, only to waste them with lack of proper finishing.

ALSO READ: Football but not as we know it: odd sights from Bundesliga comeback

Bayern Munich displayed composure on the ball and sprayed it around in the early minutes before Thomas Muller tapped in a goal in the 19th-minute mark only for the Video Assistant Referee (VAR) to disallow it. Nonetheless, Bayern kept on with the intensity while creating chances on a constant note. 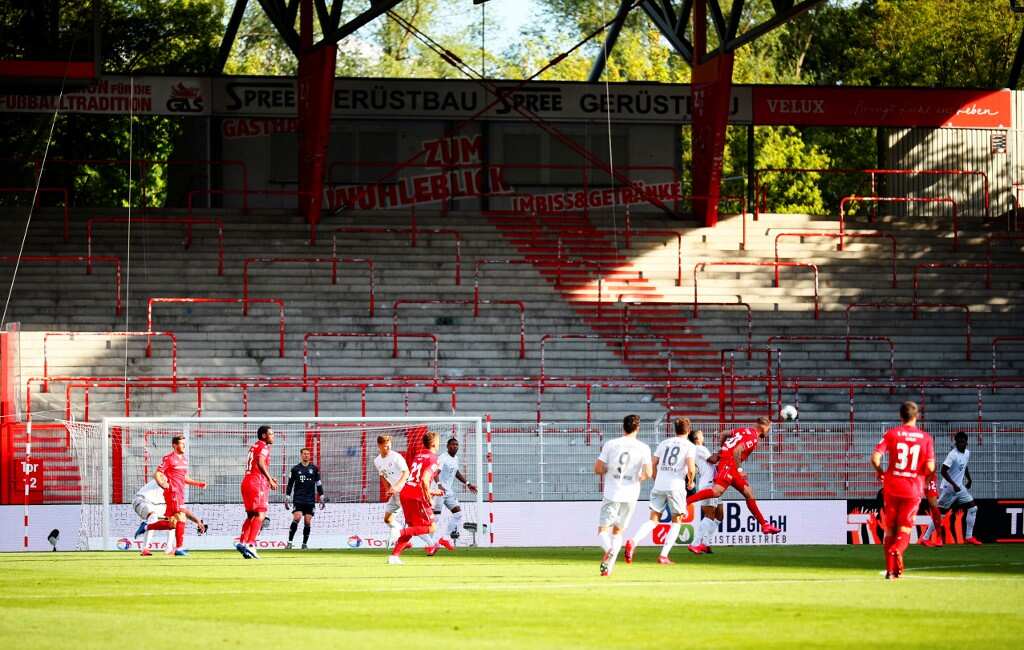 The visitors’ tenacity finally paid off after Leon Goretzka was brought down by Union Berlin defender Neven Subotic only for Robert Lewandowski to step up and send goalkeeper Rafal Gikiewicz the wrong way to hand Bayern Munich the 1-0 lead in the 40th minute in the first half.

ALSO READ: Mainz fight back for point at Cologne on Bundesliga return

Bayern Munich hardly broke a sweat in the first half while dominating 66 per cent of possession with six shots in comparison. Interestingly both the sides covered more than 60 kilometre of distance in the first half despite the prolonged break.

Bayern Munich kept up the intensity in the second half and kept on barging forward in what has become a trademark Hansi Flick style of football. Under Flick, Bayern Munich have now scored 50 goals in just 16 matches.

After constant attacking pressure, Benjamin Pavard leapt the highest in order to convert a inch-perfect Joshua Kimmich corner in the 81st-minute of the match to extend Bayern Munich's lead to 2-0.

The Bavarians, with the win, extend their lead at the top of the table with 58 points under their belt whereas Union Berlin remained at 12th spot with 30 points to their name.