Bryson DeChambeau gets candid with WION on his unique approach to the sport: 'It's an amazing job for me' 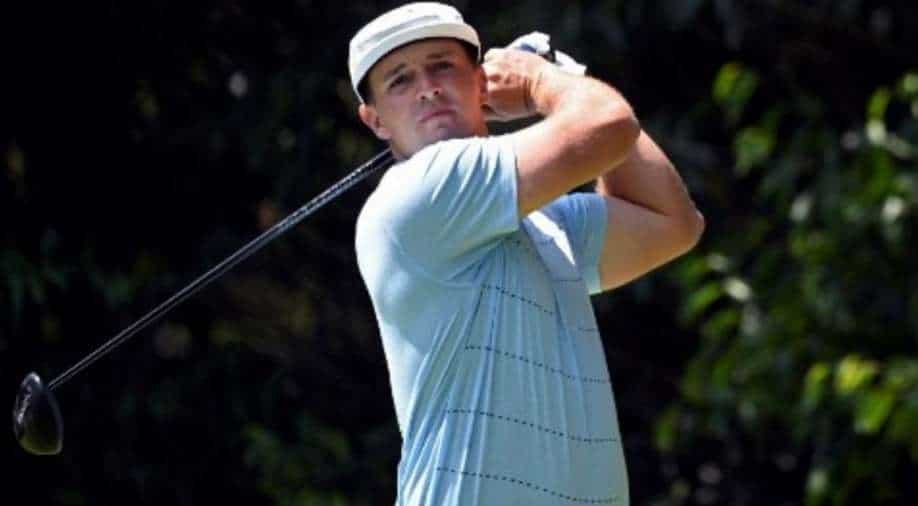 This is a file photo of Bryson DeChambeau. Photograph:( AFP )

Bryson DeChambeau, who is one of the biggest names in the world of golf, opened up about his unique approach to the sport in a candid interview with WION's Sports Editor Digvijay Singh Deo on the sidelines of the Hero World Challenge in the Bahamas.

The 28-year-old DeChambeau touched upon a range of topics such as his engagement with the fans, his technique. He also talked about legendary golfer Tiger Woods, who recently made his first public appearance since the car accident.

Talking about his game, the American golfer said, "For me, the most important piece of the puzzle is doing what I love. I love executing shots to the best of my ability and if can find distinct advantages, if it allows me to figure out new ways to perform well then that's great."

ALSO READ | Have to prove to myself that I am good enough to win before I return: Tiger Woods

The 2020 US Open Champion also talked about the viral video, in which he swung his driver from the roof of a skyscraper in Las Vegas. Talking about the level of engagement and entertaining the fans, the golfer said, "It's fun showcasing my life in a new unique way."

Adding to that, he said, "People have a certain perception of me and I want people to get the real perception. I want people to understand the reality of who I actually am. That why I do that. That's why I love entertaining and showcasing my abilities."

About Woods and his first appearance at the Hero World Challenge, DeChambeau said, "It was awesome". He also spoke about the bro-sesh the two golfers had on Wednesday when they were spotted playing with a football on a practice course in the Bahamas.

The video was published in a US media outlet and Woods was seen in great spirits. Talking about the same, DeChambeau said, "I was throwing a football with him at the back of the range. We were just passing back and forth."

ALSO READ | Tiger Woods reveals to WION his thoughts after accident: ‘It was on the table that I may lose my leg’

"It was good to see him, his competitiveness was still there. He threw the ball at my lower area and hit me there. I was like God! Tiger. He said 'Told you, you have to be fast'. He is always competitive and always messing around with me. I love it," the golfer added.

DeChambeau's power game has forced other top players to re-evaluate their own technique. Talking about his game, he said, "It's a really amazing job for me. I love every single minute of it. It is a long, long job and a lot of hours are dedicated to it. Still, just trying to hone my craft."

The big-hitting American said, "Speed training is not gonna be anything different outside of practising your putting on a PGA Tour. Guys are gonna figure how to hit a farther and learn how to hit farther."

"It going to be fun to see the new generation. 7ft tall people swinging at 100mph with no prob and that to me is the end goal and it's gonna be awesome to showcase people's athletic abilities and to show the true potential of what golf can do," he further added.