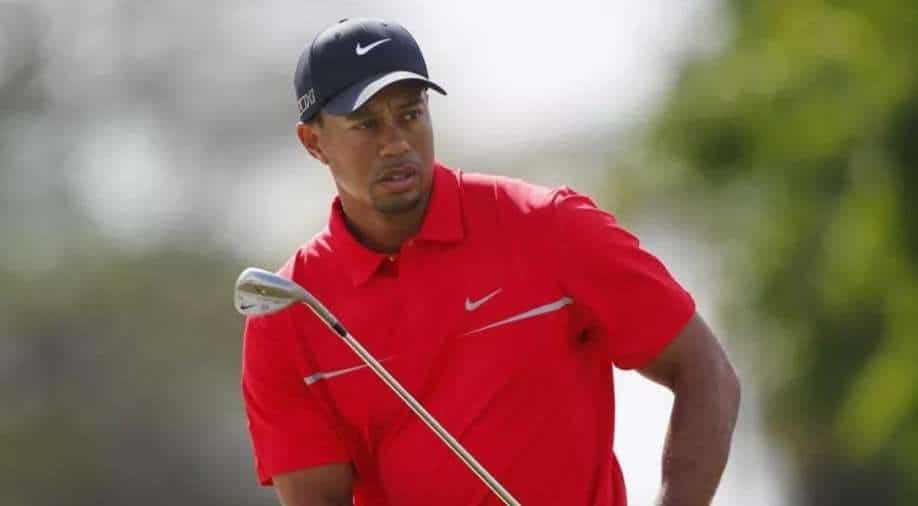 This is a file photo of Tiger Woods, who said that he doesn't know at what level he will be able to compete in the future. Photograph:( Reuters )

During his first public appearance since the February accident, golf legend Tiger Woods said the day may soon come when his son Charlie will beat him, but he is trying to postpone it as long as possible

Golf legend Tiger Woods has revealed to WION how the thought crossed his mind that he might lose his leg soon after his horrific car accident earlier this year.

He was answering a question from WION's Sports Editor Digvijay Singh Deo during an interaction at this week's Hero World Challenge in the Bahamas.

“It was on the table that I may lose my leg so when I woke up I tested it and I had full weight in both legs. That was a positive,” he said when asked if he ever thought he might not be able to play again or even walk again. “I waited for the day I could get out of hospital.”

“There were tough days but I am here, I am alive, I did not lose a limb and they were huge positives,” he said.

He also said that the thought of losing to his young son Charlie is a huge motivation.

Watch: Golfing great Tiger Woods speaks to WION on his road to recovery

Also read: Big challenge to come back after injury but it's Tiger Woods, he proves us wrong always: Martin Dempster

Tiger Woods sustained life-threatening injuries in February and had to undergo emergency surgery on his lower right leg, foot and ankle.

In the horrific car accident, the 15-time major winner was driving in an LA suburb and veered off the road and his vehicle flipped multiple times.

Also read: Have to prove to myself that I am good enough to win before I return: Tiger Woods

The single-vehicle roll-over collision sent shock waves in the sporting world. It was so bad that police at the scene said that the golfer was "lucky to be alive".

After spending weeks in the hospital, Woods returned to his home in Florida where he continued with his rehabilitation.