'Best number for me is....' - Shreyas Iyer reveals his preferred batting slot after Sri Lanka T20Is 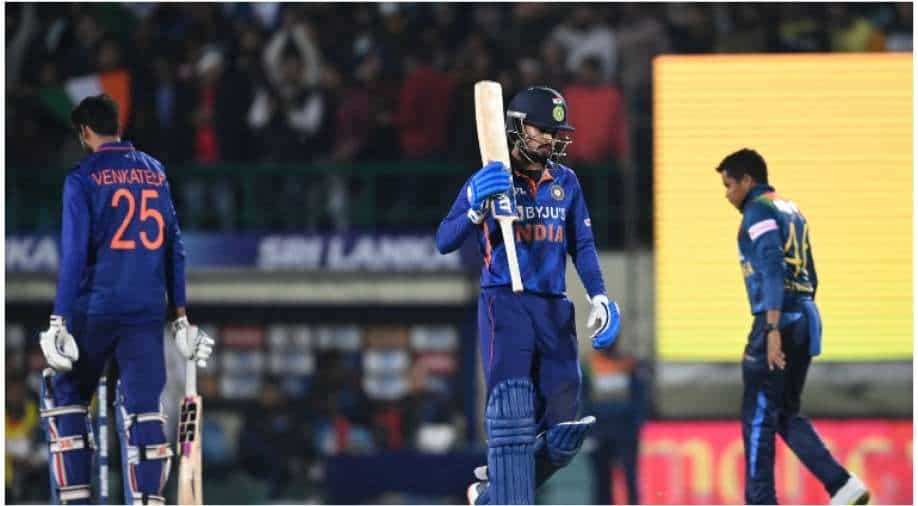 Shreyas Iyer has made a strong case to be a regular in the playing XI ahead of this year's T20 World Cup. He revealed his preferred batting slot after the memorable series versus Sri Lanka:

Shreyas Iyer had a dream run in the just-concluded India-Sri Lanka three T20Is at home. Iyer got a chance to bat higher up the order, at No. 3, in the absence of Virat Kohli and made the most of the opportunities to remain unbeaten throughout the course of the three T20Is to end with scores of 57* (28), 74* (44) and 73* (45) as India completed a whitewash over the hapless Islanders.

Thus, Iyer has made a strong case to be a regular in the playing XI in the shortest format, ahead of this year's T20 World Cup. Nonetheless, he still intense competition due to the presence of Suryakumar Yadav and Rishabh Pant (both of whom didn't feature in the SL series) along with currently out-of-favour all-rounder Hardik Pandya.

After his memorable series versus the Asian neighbours, Iyer revealed his preferred batting slot amid intense competition for slots in the national side. "I'm not keeping any expectations from myself nor from the team coaches because if you see the competition in our team, it's immense. Every individual is capable of winning you games. Personally I want to enjoy each and every moment and opportunity, which I've been provided with. I like to finish off the games and that's like my mindset whenever I go onto the pitch," he said in the post-match conference.

"Obviously in this format, top-three is the only place where you can pace your innings pretty well. Otherwise if you bat down the order you can't give yourself time you need to start going from ball one. So yeah, if I had to say the best number to bat for me personally, it's obviously No. 3," Iyer added.

After the SL series, Little Master Sunil Gavaskar also opined on problems of plenty for the Indian team. He suggested a slot for Iyer in the batting line-up and told Star Sports, "It's a great problem to have. Obviously, Virat Kohli can't be replaced. He will probably come in at No.3, there is no question about it. But then you can use somebody like a Shreyas Iyer at No.4 or 5. Suryakumar, the way he has been batting, he is got to be included. It is just the plus, plus as far as the team is concerned."

“There are so many options. And it allows you to go in with pure bowlers and not bowlers who can bat. With a top-batting line-up, you can can go in with someone like Mohammed Siraj or Avesh Khan, who is not known as a batsman. You might think in terms of all-out attack,” he further asserted.