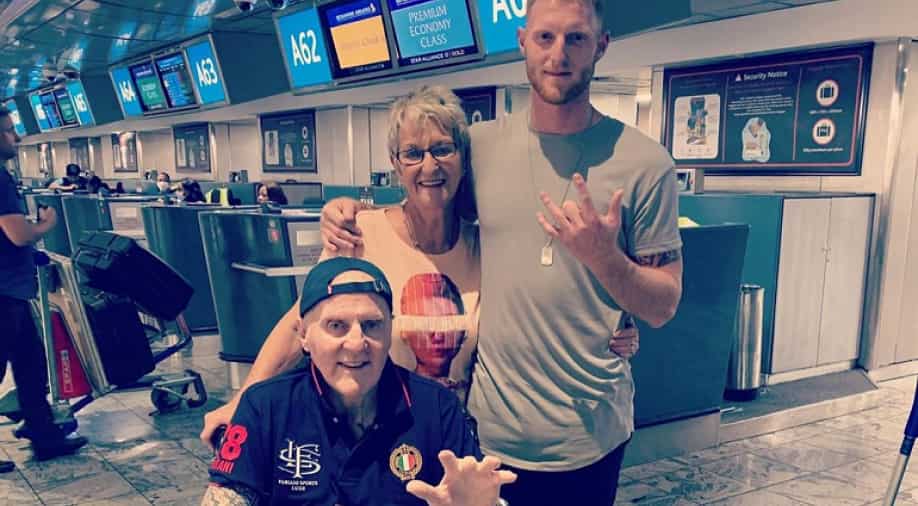 Ben Stokes remebered his father ahead of his comeback in the Ashes. | @stokesy | Photograph:( Instagram )

England all-rounder Ben Stokes on Tuesday shared an Instagram post remembering his late father ahead of the Ashes opener against Australia.

England all-rounder Ben Stokes shared a heartfelt note on Instagram remembering his late father ahead of the start of Ashes 2021-2022 against Australia. Ashes rivals Australia and England will lock horns in the first Test of the series at The Gabba from December 08 (Wednesday).

Stokes, who will be making a comeback after a long break, will be in action in the series-opener. The England all-rounder had taken an indefinite break from all forms of cricket earlier this year due to focus on his mental health and well being. However, he is now ready to return to the 24 yards.

Stokes lost his father Ged Stokes last year. He passed away on December 08 after a long battle with brain cancer at the age of 65. Posting a picture with his father, Stokes said he will be remembering him as he takes the field in the first Test against the Aussies.

"I wasn't sure if I would ever walk out onto a field ever again a few months ago, I find it amazing that when I do walk out tomorrow I'll be remembering you exactly 1 year on since you left us....You are gonna be with me this whole week," Stokes wrote in his Instagram post.

Stokes missed a few important series after announcing a break from cricket. He was last seen in action during the ODI series against Pakistan at home following which he announced his decision. He missed the T20 World Cup 2021 where England bowed out from the semi-finals after losing against New Zealand.

All eyes will be on the star all-rounder as he gears up to make his comeback. England have already announced their 12-man squad for the Ashes opener at The Gabba with Stokes part of it. Joe Root will be leading the visitors while veteran pacer James Anderson has been rested.